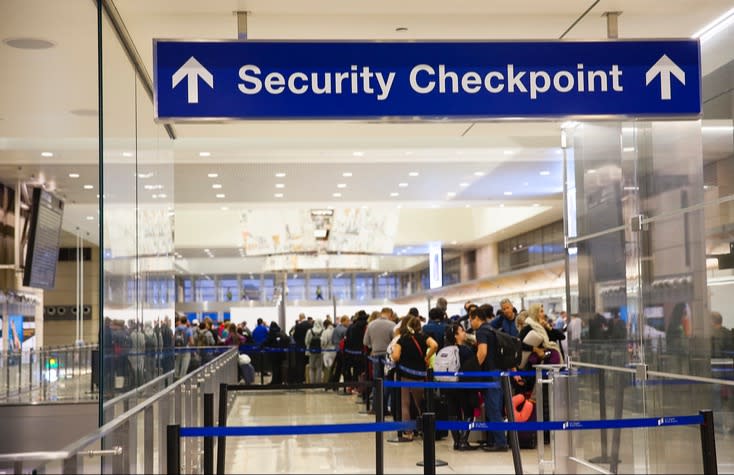 Contact Congress & Tell Them to Stand Firm Against the Wall

Trump has unwillingly announced a short-term stop-gap deal to temporarily re-open the government today for three weeks through February 15.

Yet there is no denying the outrageous damage and havoc his shutdown tantrum has wreaked on people's lives.

Trump's shutdown disrupted everything from airline safety to the financial security of unpaid workers all while Trump and his Commerce Secretary Wilbur Ross demonstrated outright disdain for an ignorance of what it means to be a working American denied a paycheck for more than a month.

“We have a growing concern for the safety and security of our members, our airlines, and the traveling public due to the government shutdown. This is already the longest government shutdown in the history of the United States and there is no end in sight. In our risk averse industry, we cannot even calculate the level of risk currently at play, nor predict the point at which the entire system will break. It is unprecedented.

Today we learned just how right they are -- the shutdown has impacted airline safety so severely that the FAA halted flights into New York's LaGuardia (LGA) due to an air traffic control shortage.

As Wright and her colleagues struggle — many of them continuing to work despite not being paid — small-dollar and payday loan companies have seen a surge in their stock prices since the government shutdown began on December 22.

They may have gotten a further boost on Thursday when Secretary of Commerce Wilbur Ross in an interview with CNBC pointed to loans as a way for federal workers to survive while Washington is at an impasse.

“Banks and credit unions should be making credit available to them,” Ross said. “Now true, the people might have to pay a little bit of interest, but the idea that it's paycheck or zero is not a really valid idea.”

Ross's CNBC "Squawk Box" interview was all the more shocking because he said he didn't understand why unpaid federal government workers that were going without pay would need shelters or food banks and recommended instead they take out high interest loans.

In addition to this being crass and out of touch, Ross clearly had not done his homework. According to CNBC:

But workers will have to shop around. Three of the largest banks, J.P. Morgan Chase, Bank of America and Wells Fargo, are not offering loans, but are waiving fees and providing other assistance. Navy Federal Credit Union is offering loans, but they are only available to some of its 8.1 million members. And some others, like the Department of the Interior's credit union, say they are having delays making shutdown loans due to the high volume of requests.

We'll just let Trump speak for himself on this one.

Contact Congress today. Tell them to never let Trump hold federal workers hostage again. And tell them to stand firm against the wall.