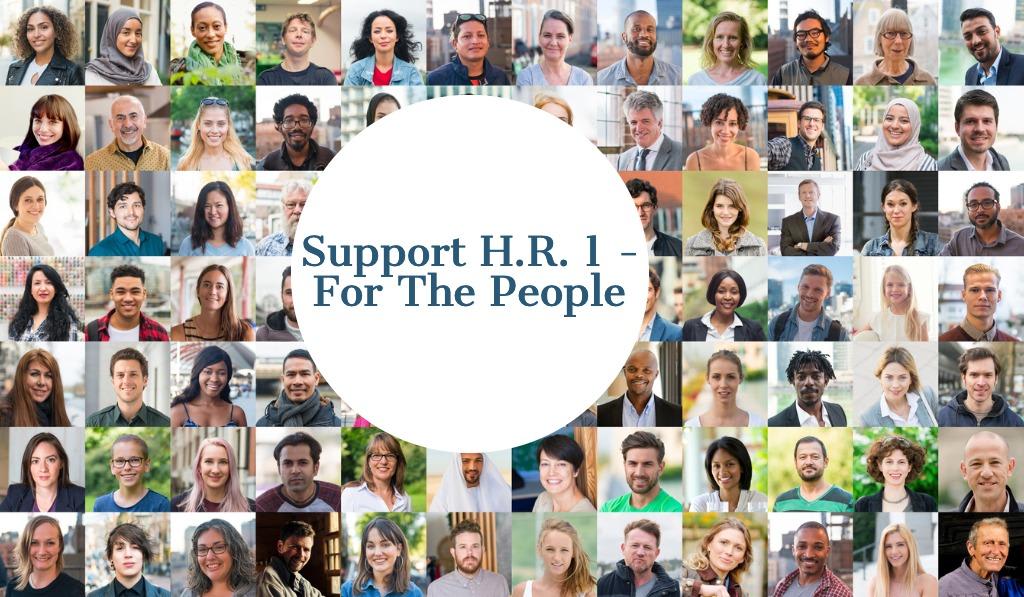 Mitch McConnell is NOT For the People

Mitch McConnell is afraid. What’s he afraid of?

Yes, you heard that right. Mitch McConnell is on the war path against H.R. 1, the For the People Act of 2019, which is the most sweeping package of reform legislation in a generation.

McConnell is so scared of ending corruption and so fond of voter suppression that he’s at war with newspapers in his home state that think voting is a good thing and corruption is bad.

Mitch is so cozy in the swamp and so dead-set on suppressing votes in Kentucky and around the country that he's written TWO op-eds about it in the same newspaper in Kentucky, and one in the Washington Post.

Did you know Kentucky is one of only three states that doesn’t automatically restore voting rights for Kentuckians?

Now why would Mitch McConnell be afraid of that?

The Lexington Herald-Leader, which knows Mitch well, has this to say:

Kentuckians should ask: Why is our senior senator so afraid of his constituents turning out to vote in greater numbers?

Legislation that would make it both easier to vote and harder for states to suppress the vote has thrown Senate Majority Leader Mitch McConnell into a tizzy.

Flushed out by Democrats who newly control the House, McConnell increasingly sounds like one of those segregationist lions of yore who roamed the Senate, cloaking their political self-interest in pious bluster about states’ rights and an oppressive federal government….

The multiplying threats of voter suppression, a government closed to all but big-money donors and the corrupting effects on our democracy demand a sweeping response.

We want to hear from you. Tell us why you think expanding voting rights and cleaning up corruption is important.

As Stacey Abrams (D-GA) said last night in her response to the State of the Union Address, voting rights is critical to our democracy and to fair elections:

This is the next battle for our democracy, one where all eligible citizens can have their say about the vision we want for our country.

We must reject the cynicism that says allowing every eligible vote to be cast and counted is a power grab. Americans understand that these are the values that our brave men and women in uniform and our veterans risk their lives to defend.

The foundation of our moral leadership around the globe is free and fair elections, where voters pick their leaders, not where politicians pick their voters.

We agree. Tell us why you do, too.