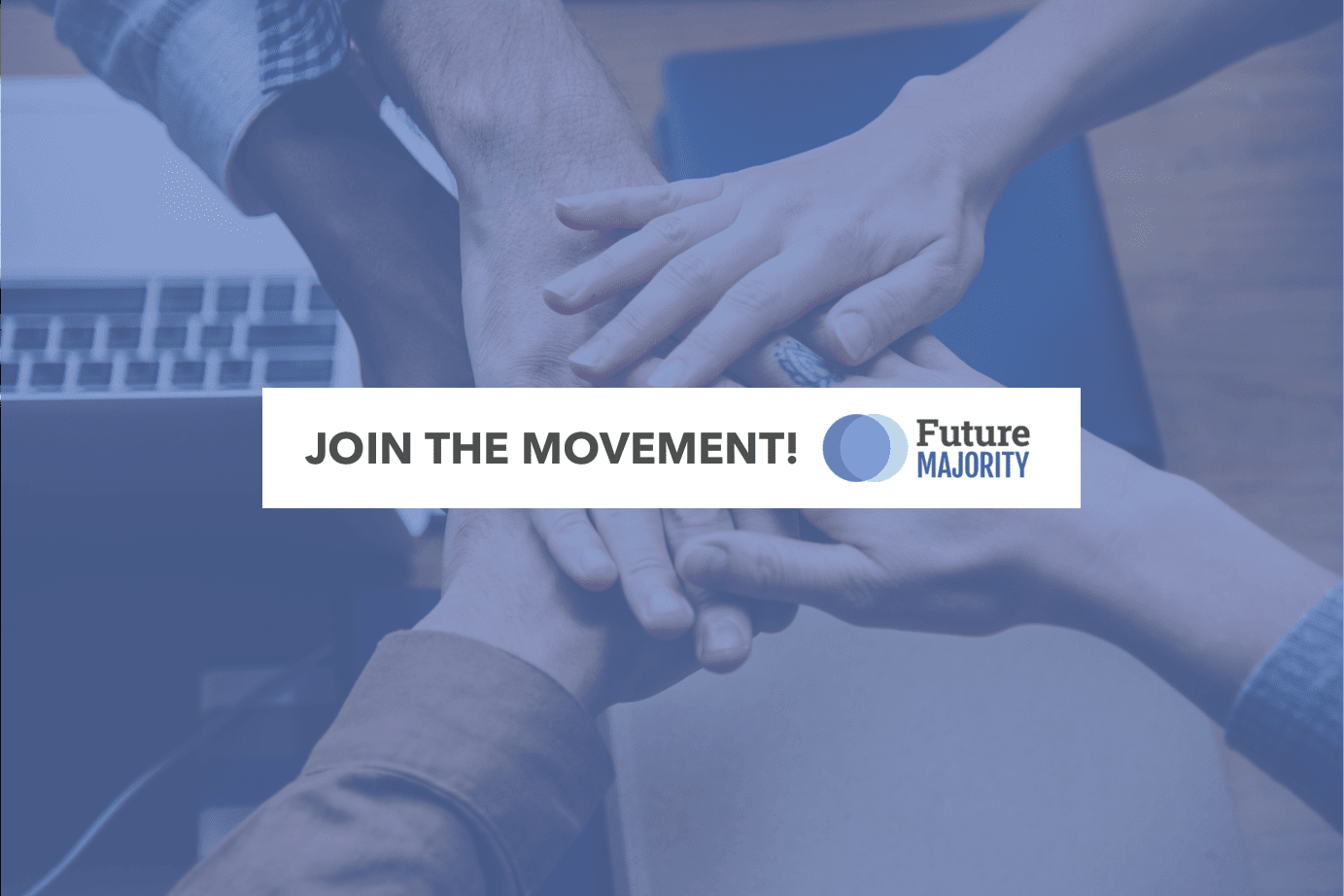 Join Future Majority: The Movement to Tell Americans What Democrats Stand For.

Watch Future Majority’s “Built Not Bought” video, sign up, join our movement, AND share the video with your network or on social media. Help us remind Americans that Democrats stand for the people and that America is built not bought.

About this video: "Built Not Bought" is the cornerstone of a new initiative that answers the question: What do Democrats Stand For?

The four minute film celebrates the singular importance of working people in the creation of modern America, while calling out the big-donor influences that have eroded our democratic institutions over the past few decades. It is a patriotic, optimistic, solutions-oriented affirmation of core American values -- decency, fair-play, the belief in a boundless future -- that seem too often forgotten in our partisan era. It is a call to action, to build a future that is just and free, full of hope and opportunity.

Click above to Join the Movement, and then share this video with your friends / family / network to show that America is Built Not Bought.