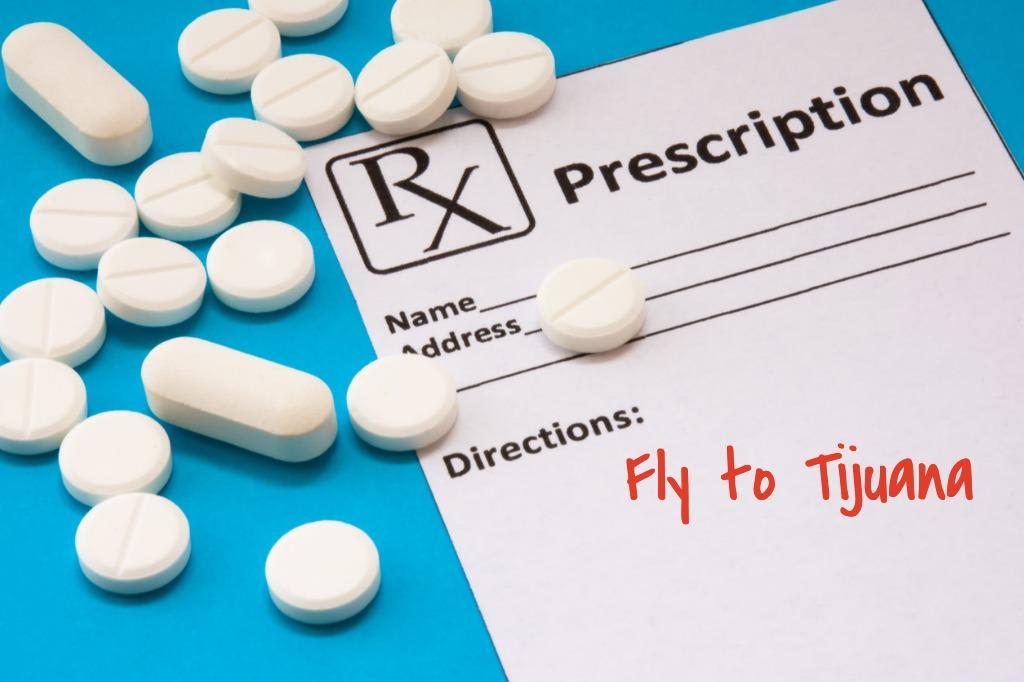 Americans Forced to Travel to Mexico for Affordable Prescription Drugs

Do you think lowering Rx prices should be a top priority for Congress?

No problem! Just go to Mexico where many life-saving medicines like insulin and medical treatments are cheaper!

It's the American Way!

Or at least it is in Donald Trump’s America.

While that may sound absurd, according to a new report on NPR's "Morning Edition", more than 1 million Americans seek medical treatments or lower-cost prescription drugs in foreign countries every year.

Americans are flocking to Mexico, Canada, and even Germany seeking affordable prescription drugs for serious medical conditions like Type 1 diabetes and arthritis.

According to Kaiser Health News, more than ten million people have traveled abroad seeking affordable prescription drugs in the past decade alone.

It's not hard to see why Americans are taking such drastic measures:

The cost for the average 3-month supply of Insulin in the United States? $3,700.

The cost in Mexico for a 3-month supply of Insulin from an accredited pharmacy? $600.

In Utah the Public Employees Health Plan has a voluntary Pharmacy Tourism Program enacted for employees that use any of 13 identified prescription medicines that can be purchased more cheaply in Mexico.

And get this -- the health provider PAYS to fly members to San Diego where they are then driven across the border into Mexico to purchase a 90-day supply of the medicines they need.

This innovative program is allowed by Utah's Right to Shop law.

According to Kaiser Family Foundation, roughly one in four Americans taking prescription medicines have difficulty affording them. Kaiser also finds strong public sentiment for Congress to work to bring down the cost of prescription drugs. In fact, they think it should be the top priority.

Do you agree with Democrats that lowering the cost of prescription drugs should be a top priority for Congress?