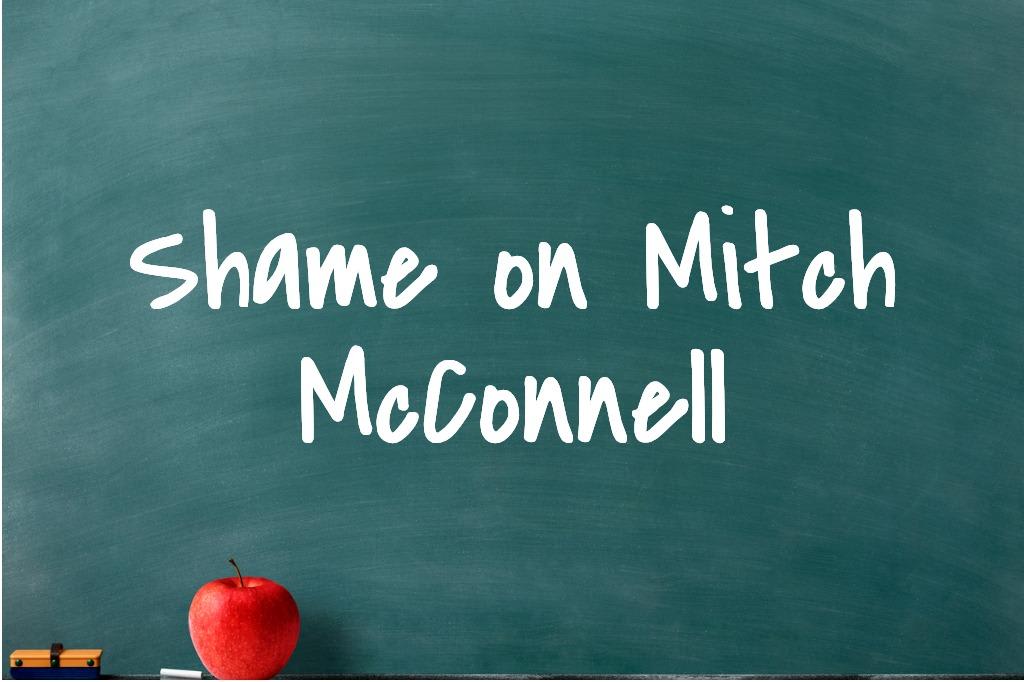 Mitch McConnell will let Trump steal $62 million from Kentucky military families that is meant to to build the Fort Campbell Middle School.

And South Carolina's Lindsey Graham (R) is just as eager to throw Kentucky school kids under the bus from Trump's vanity project.

Graham shocked the country Sunday when he told CBS's "Face the Nation" that the children of our fighting men and women need a wall more than they need a school.

South Carolina Sen. Lindsey Graham said on CBS’ “Face the Nation” Sunday it would be better off if funds go to the proposed border wall instead of constructing a new Kentucky middle school.

He made the comment when asked about the possibility of $3.6 billion allotted for military construction efforts reallocated to wall construction instead. Some of that money was to be used for constructing Fort Campbell Middle School. President Donald Trump’s national emergency declaration has allowed him to move nearly $8 billion funds in various government budgets for the border wall.

Graham has voiced his support for the proposed border wall and doubled down Sunday on “Face the Nation.”

“It’s better for the middle school kids in Kentucky to have a secure border,” said Graham, a South Carolina Republican. “We’ll get them the school they need, but right now we’ve got a national emergency on our hands.”

Wow. Trump has promised repeatedly that Mexico will pay for the wall & even "enjoy it". Now Trump, McConnell & Graham want military families and Kentucky middle school children to pay for his vanity project.

The bottom line: Mitch McConnell and Donald Trump are willing to trade the futures of our military men and women's kids for a wall that nobody wants.

Trump is the only president to ever declare a national emergency and then raid the military and take a school away from children actually. He actually wants to steal $62 million from middle school kids in Kentucky.

Let that sink in.