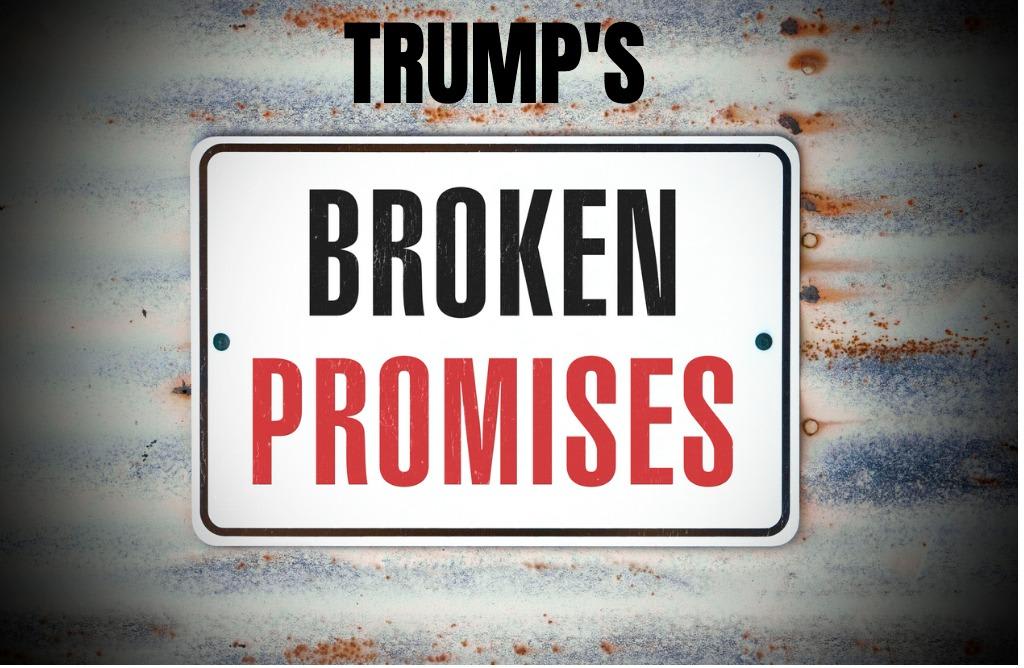 How Do You Feel About Trump's Lies?

Trump promised repeatedly during the 2016 campaign that he would build a wall that Mexico would pay for.  But don’t take our word for it:

This Trump “promise” was so bogus that Congress is intervening today to stop his fake national emergency declaration and expose it for what it is - a blatant attempt to steal money from the military and military families to pay for his vanity wall.

Trump’s been so consumed with building this monument to himself, that he’s abandoned any pretense of caring about the real threat to Americans -- the inability to afford the rising costs of prescription medicines.  Speaking of prescription drugs...

Lie #2: Prescription Drugs Price Cuts!  Not so much...

Trump made lowering prescription drug prices a central promise of his 2016 campaign, claiming they were “getting away with murder”, yet he’s failed to do anything to stop the continued price gouging of American consumers by the pharmaceutical giants.  The problem is so acute that Americans are traveling to Mexico to buy affordable prescription drugs.  (Maybe pharmaceutical companies want Trump to “build that wall?”)

To make matters worse, in January 2018 Trump named his “point person” on lowering drug prices -- Health and Human Services Secretary Alex Azar, a former senior executive for pharmaceutical giant Eli Lilly & Co. U.S.  And Azar was an executive at Eli Lilly during a stretch of time when the company dramatically raised prices on insulin.

Mysteriously, on May 30, 2018 Donald Trump announced in spectacular fashion (yet with zero specifics) there would be “massive” price cuts to prescription drugs by the country’s major drug companies in two weeks:

But that NEVER happened. In fact, pharmaceutical companies increased drug prices in 2018 instead of reducing them, according to a study by the Associated Press.

The Associated Press found that after the bizarre Trump prediction there were actually 395 price increases on medicines.  When the AP surveyed 24 drug companies, not one said they planned to cut drug prices.

Trump apparently doesn’t care anymore that drug companies are “getting away with murder” -- since he became president, the price of 2,500 prescription drugs has increased by double or triple digits.

Republicans paid dearly in last year’s midterms for their failure on the issue of skyrocketing prescription drug costs, and today, Sen. Chuck Grassley (R-IA) is trying to clean up their mess, hauling seven of the nation’s top drug company CEOs to testify before Congress.

Maybe they can testify about the massive tax windfall their companies received from the Trump-GOP bogus tax cut!  Speaking of tax cuts...

Throughout 2016, Trump promised to cut taxes for America’s middle class.  But that promise -- like the wall and prescription drug promises -- was a total scam.  A lie.

Trump has raised taxes on the middle class, cut taxes for the wealthiest Americans, given away the bank to corporate America and added trillions of dollars to the deficit.

This tax season, countless Americans are discovering that what was sold to them by Trump and the GOP as a massive tax cut for the middle class is actually a tax HIKE for them.

People are right to be outraged. At best, people will receive tax refunds much less than they normally get and at worst, they'll get stuck owing money to the IRS.

We know this is a lot to digest...but on a scale of “meh” to “YOU’VE GOT TO BE KIDDING ME” how mad are you about this “liefecta” of Trump lies?  His hat trick of broken campaign promises?