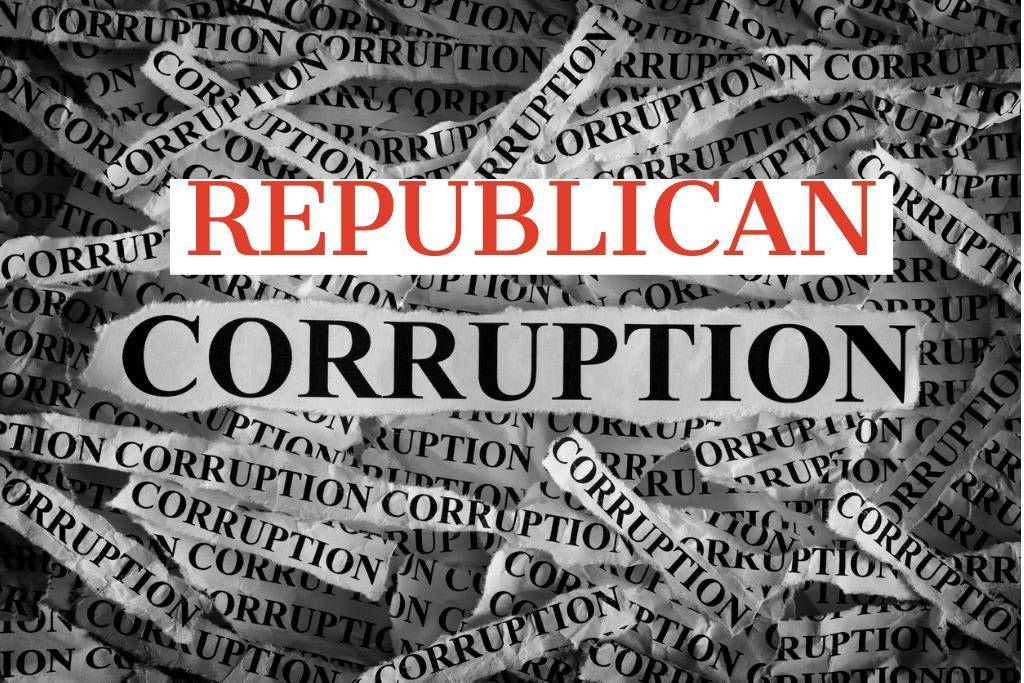 Do You Agree That the Republican Party is Corrupt? Tell Us.

House Republicans made a choice Wednesday.

They could’ve chosen to stand on the side of truth and the rule of law. They chose a different path. They chose to join the President’s relentless effort to corrupt every square inch of American democracy.

The Republican defense of Trump was deafening, and it was defining of a party under the deep and poisonous influence of corruption.

On Wednesday the world watched as Michael Cohen laid out under oath more than a dozen incredibly explosive allegations against Donald Trump and his family.

And Republicans on the House Oversight Committee refused to ask questions about any of them.

The Republicans' refusal to ask questions about the serious and criminal allegations made by Michael Cohen was a quiet and shameful defense of Donald Trump, of his financial fraud and of his overall corruption. It proves beyond a shadow of a doubt that Trump’s toxicity has spread throughout the whole of the Republican Party.

The House Oversight Committee was presented with strong testimony from Michael Cohen and with physical documentation presented into evidence that Trump committed a crime while in office. But still Republicans focused their wrath on Cohen.

But the elephant in the room? Cohen did Trump’s dirty work for a decade and the crime for which he was convicted was done in coordination with Trump himself. By attempting to discredit Cohen, Republicans were implicitly defending Trump.

Reminder: Until recently, Cohen was the deputy finance chairman for the Republican National Committee!

While Rep. Jim Jordan, a man of questionable integrity to say the least, and the rest of Trump’s lapdogs repeatedly went after Cohen as a convicted felon, what they failed to note is that Cohen is only one of four people that participated in the criminal conspiracy for which he is going to prison.

It is clear the two of the remaining three people involved in the criminal conspiracy to conceal hush money payments to Stormy Daniels are President Trump himself and Donald Trump, Jr. The 4th person is likely Allen Weisselberg, the longtime CFO of the Trump Organization.

Cohen even produced for the committee two of the checks for $35,0000 made out to Cohen and signed by Donald Trump that were part of his reimbursement for using his own money to pay off Stormy Daniels. One of the check produced into evidence is dated 8/1/2017 - more than seven months into his presidency and evidence that Trump did in fact commit a crime while in office.

Democrats on the House Oversight Committee pressed Cohen to get to the truth. Democratic Representative Ro Khanna (D-CA) asked Cohen about the hush money paid to Stormy Daniels, which he called a "smoking gun" proving more people were involved in the criminal conspiracy:

"Are you telling us, Mr. Cohen, that the president directed transactions in conspiracy with Allen Weisselberg and his son, Donald Trump Jr, as part of a criminal conspiracy of financial fraud? Is that your testimony today?" Khanna asked.

When asked after the hearing whether he thought the President of the United States committed a crime while in office as Cohen’s testimony implied, Chairman Cummings replied, "It appears that he did."

But not one Republican on the committee Wednesday asked a serious question to try to get to the facts and explore the serious and criminal allegations that Michael Cohen made against Trump. The Republicans demonstrated for the world to see that they have zero interest in the uncovering truth about President Trump and even less in protecting American democracy and the rule of law.

At a minimum, those allegations deserve a full hearing. Americans deserve that much.

Instead, Americans saw Democrats ask hard questions of Michael Cohen in an effort to get to the truth. To root out the corruption. To begin the long process of restoring our national dignity and our bedrock belief that no man is above the law.

And Americans saw Republicans circling the wagons and twisting themselves into knots to quietly defend the president, embracing the same cheap mafia tactics that the President of the United States uses to infect this country with his personal brand of corruption.

The contrast is stark. One party is trying to end corruption, and the other party is abetting it.

The GOP has become the party of corruption. If they’re interested in redemption, they can start by supporting H.R. 1 and helping Democrats clean up this mess.

Do You Agree That the Republican Party is Corrupt? Tell Us.