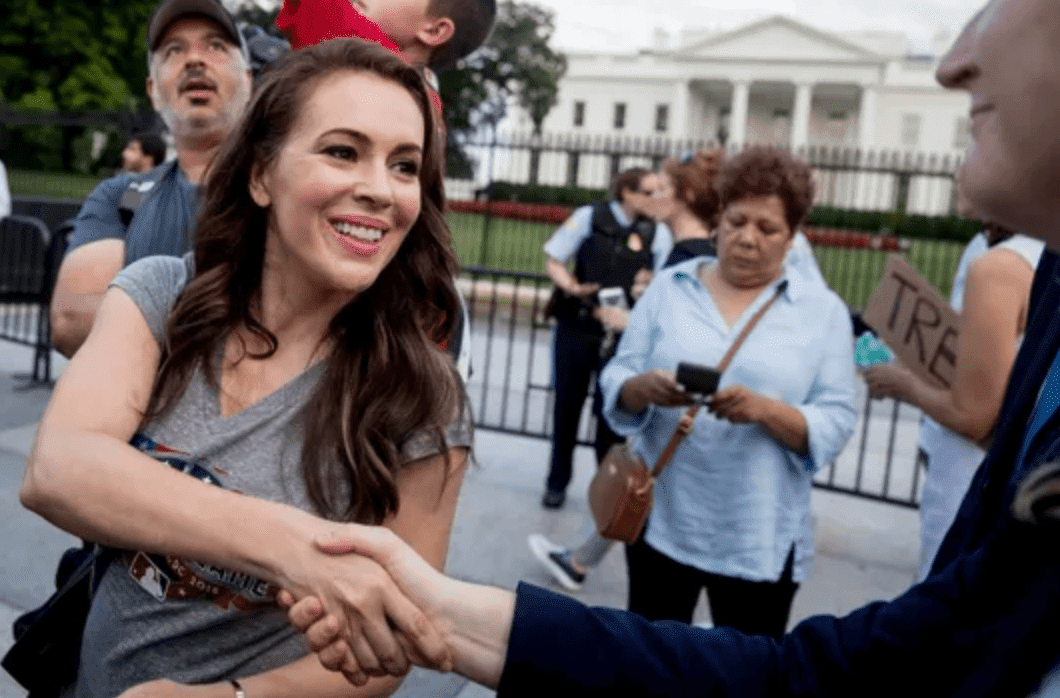 Join Alyssa Milano & Tell Congress you are For the People -- Pass H.R. 1 Now

Washington reels each day with a new revelation of corruption by Trump or someone in his administration. North Carolina had to call for a new election in its 9th Congressional District after a Republican campaign consultant was charged with absentee ballot tampering. A secretive new dark money group in Washington enlisted convicted felon and former Republican lobbyist Jack Abramoff to raise money to support conservative candidates.

It is clear that Congress needs to take action now to reign in the corruption that pollutes our politics, erodes our democracy and diminishes the rights of voters. Congress needs to pass H.R. 1 - the For the People Act -- now.

Yet conservative lobbyists are banding together to fight the most sweeping anti-corruption package of legislation in decades.

Mitch McConnell is dubbed H.R. 1 a “power grab”. Yessir it is -- a power grab For the People. A power grabbed away from special interests and lobbyists and the dark money that controls Washington and dictate our laws.

If you haven’t seen it, our friend Alyssa Milano clapped back at Mitch McConnell and the naysayers in a USA Today op-ed on Thursday. You can read it here.

Alyssa understands that H.R. 1 will restore power to the people.

“Lobbyists, special interests and the politicians who benefit from the current system are calling this a partisan power grab. They’re wrong.

We agree. We hope you do, too.

Contact your lawmakers today. Join Alyssa Milano and tell them to support H.R. 1.