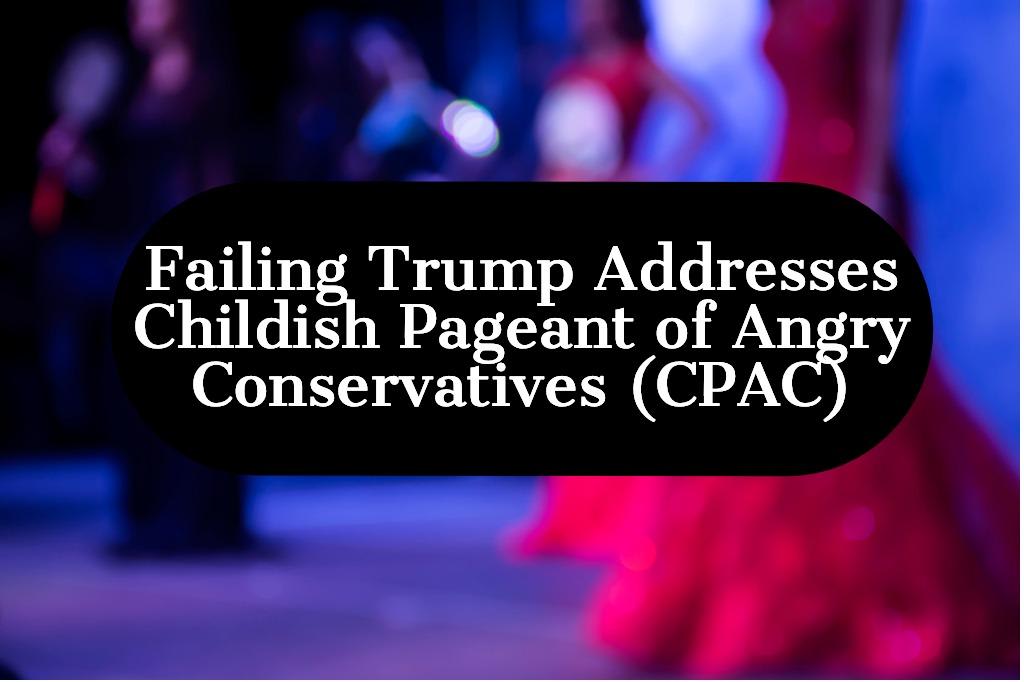 As Trump’s Failures Mount, He Comes Unhinged at CPAC

Tell us if you agree Trump is failing.

As his failures as President continue to mount, a sweating and rambling Donald Trump today addressed the Childish Pageant of Angry Conservatives (otherwise known as CPAC), and it was clear just how unhinged he is.

Trump’s abject failure as a leader came into sharp relief his week and it became clear that the house of cards that is his presidency is in peril.

In the face of all these failures, Trump spent two hours today at CPAC reminiscing about crowd sizes and further insulting the family of Otto Warmbier by suggesting he’s “in such a horrible position” and has to strike “a very, very delicate balance” seemingly deploying the same sickening “both sides” rhetoric after the racist killing of Heather Heyer by a white supremacist in Charlottesville.

We plan to look at each of these failures more closely in the coming days. But tell us what you think. How do you feel about Trump’s failures? What other failures are we missing?