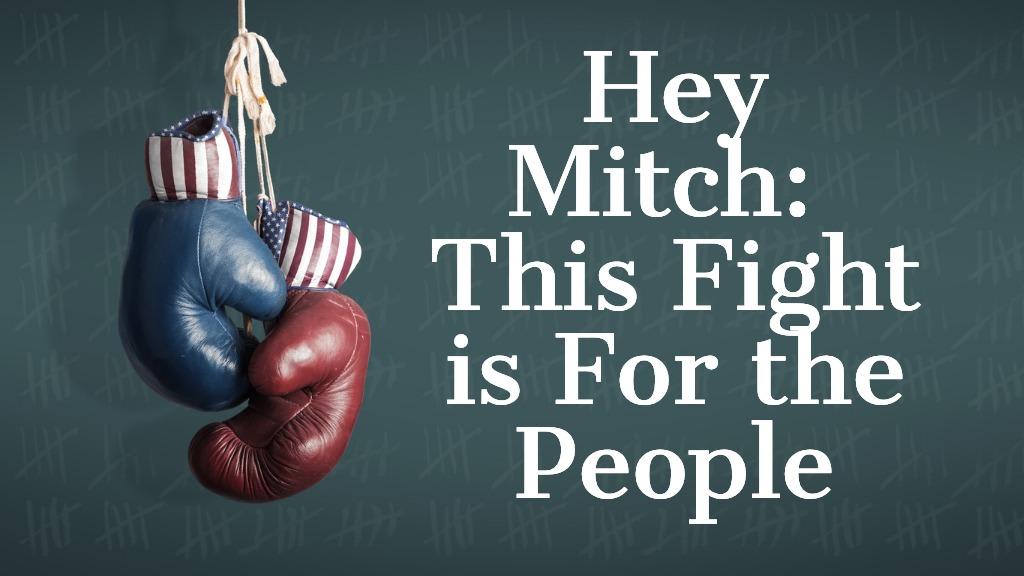 Republicans Must Choose: Are They For Mitch McConnell or For the People

Mitch McConnell Won’t Even Allow a Vote on Anti-Corruption Legislation in the Senate. We Think That’s Wrong. Do You?

Sen. Mitch McConnell (R-KY) is doing what he does best -- playing politics, ignoring the will of the people and protecting the culture of corruption in Washington that benefits him, his dark money buddies and corporate lobbyists.

After the anti-corruption, pro-voting For the People bill (H.R. 1) passed the House of Representatives last week, McConnell said that he would not schedule a vote on the most sweeping anti-corruption legislation since Watergate.

When asked what his great reason was for denying a vote, McConnell said, “Because I get to decide what we vote on.”

According to the New York Times:

"The Senate majority leader, Mitch McConnell, has been openly hostile to the anticorruption package since its inception. This week he made clear that he would refuse even to bring it up for a vote. It’s like H.R. 1 is the Merrick Garland of reform legislation."

So what’s got Mitch McConnell so scared?

He’s afraid that if he calls the bill for a vote, it might actually pass. Senators like Susan Collins (R-ME) and Cory Gardner (R-CO) and Thom Tillis (R-NC) are all running for re-election, and Mitch doesn’t want them to have to explain to voters why they think corruption is good and voting is bad.

And worse than that? If this bill passes, Mitch would lose access to the secret dark money donors and corporate special interest cash that have kept him in the U.S. Senate for more than three decades.

So, Senate Republicans have a choice to make -- are they for Mitch McConnell? Or are they For the People?

It’s time we put McConnell in the spotlight. Let him tell America why more corruption and fewer voters would make America great again.

Democrats have already shown that they’re not just talking the talk. By passing the anti-corruption For the People Act (H.R. 1), the new Democratic majority is keeping its promise to the American people and giving them back their government. Unlike McConnell, Democrats know who we really work for.

Tell your Senators you demand a vote For the People.