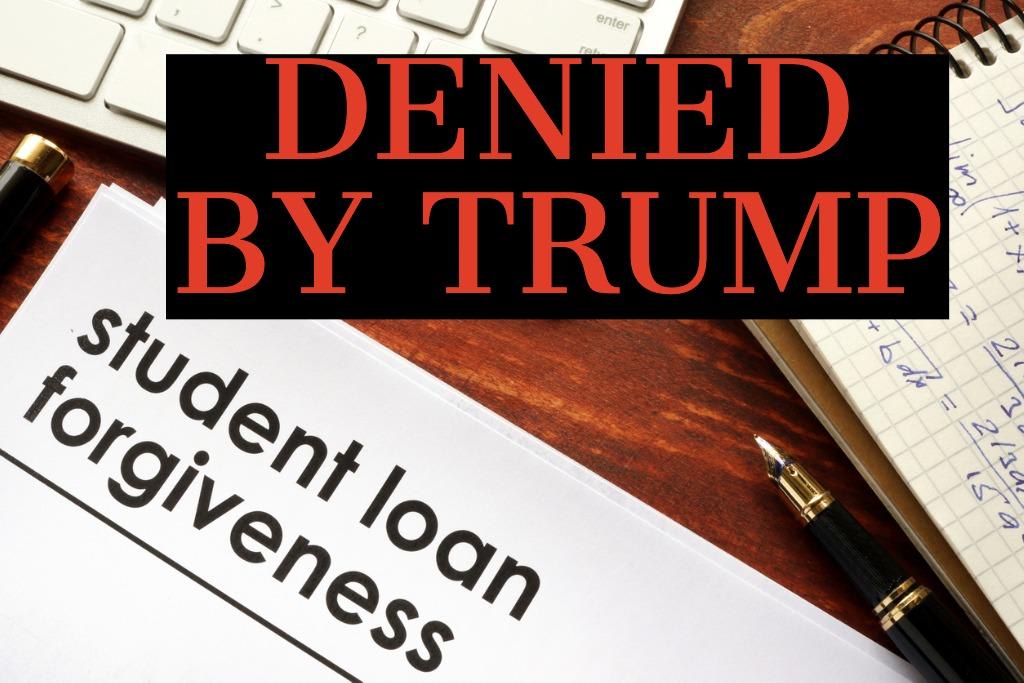 We Think Cutting the Public Service Loan Forgiveness Program is Wrong. Do you?

Donald Trump must have been disappointed to see the FBI arrest Hollywood celebrities for bribing their kids’ way into college. After all, Trump has made it perfectly clear he thinks only rich people and their kids should go to college.

That was the message sent loud and clear this week when Trump proposed a new budget that would slash $7.1 billion from the U.S. Education Department’s budget that helps people pay off their student loan debt.

And get this: Trump went out of his way to kill a loan forgiveness program, started by President George W. Bush, that encourages public service.

Right now in American, entire generations are being swallowed whole by crippling debt simply because they aspired to be educated. Parents who want their kids to have more than they did, are left helpless staring at the costs of constantly rising tuitions.

Maybe Trump thinks everyone should just have rich parents. Or maybe it’s time the president was a little more transparent about how he and his children got into top colleges.

Yet again, Trump demonstrates he does not like people that aren’t rich -- that includes people trying to pay off student loan debt.

The White House released Trump's 2020 budget proposal, which contains important implications for higher education and student loans. The budget includes $64.0 billion in funding for the U.S. Department of Education, a $7.1 billion, or 10%, decrease compared to the 2019 funding.

The drastic cuts even include a program created by President George W. Bush to foster public service:

This is an insult to hard-working people who are struggling to pay their debts, and an effort from Trump to limit access to higher education to the wealthy.

So let’s review the week in how American students and college graduates that aren’t super wealthy get the shaft:

Donald Trump is stacking the deck against working Americans, and creating a protected class of the super wealthy. Heck, just take a look at Donald Trump Jr.’s Twitter feed and ask yourself if that guy got into college on his own.

Regardless, Mr. Inherited Wealth and his billionaire Education Secretary Betsy DeVos or their children never had to worry about student debt.  And now they are making it harder for students and families to pay back their student loans.

Democrats believe that every student in America who wants to go to college should have a shot to do so through hard work and achievement. Donald Trump believes they should have a certain net worth.

Education is under attack in this country. And that is an attack on our children and their future. It’s time we sent a message to Washington that ALL American kids deserve an opportunity to achieve.