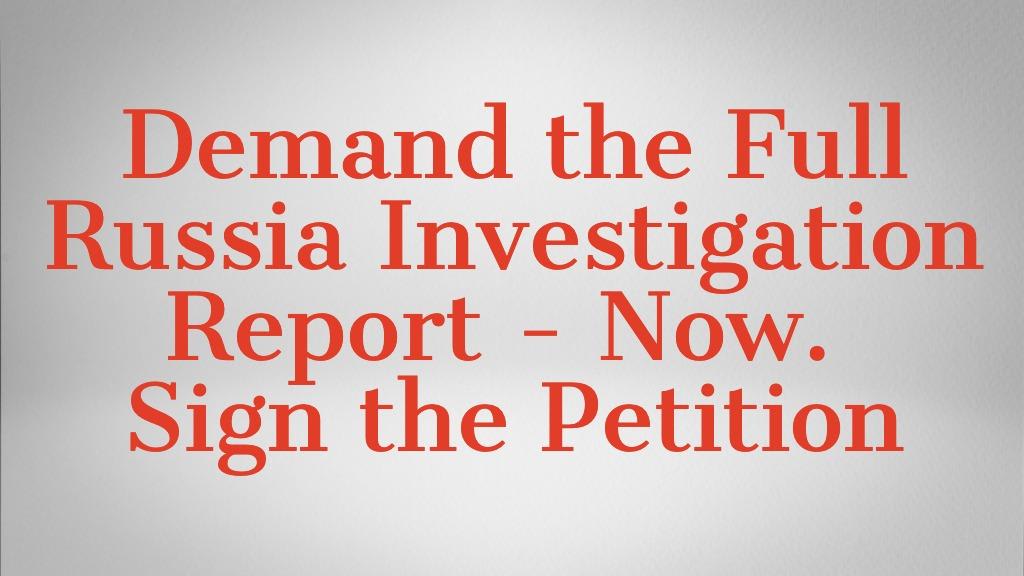 Special Counsel Robert Mueller and his team spent 22 months investigating whether the Trump campaign conspired with the Russians to influence the outcome of the 2016 election.

Mueller successfully won convictions of or got guilty pleas from 3 companies and 34 people, including several top advisors to President Donald Trump accused of lying to investigators and witness tampering, and Russian hackers and spies connected to the Kremlin accused of hacking emails and interfering in the election.

Mueller may also have been looking into whether the Trump Administration obstructed justice during his investigation. And he may have made other criminal referrals or have other indictments under seal that have not yet been made public.

Wow. The American people deserve to know everything.

American taxpayers paid for the Russia Investigation and we deserve to see the report in full - now. We deserve to know everything that Mueller found and be able to see the full, unvarnished details of the report.

No more waiting. No White House white washing. No relying on pundits and politicians to tell the American public what Mueller and his investigators found.  And no pages full of redactions. We demand to see the Russia Investigation report in full - now.

If you agree, sign the petition now. Demand the Justice Department release the full Mueller report now - before it goes to the White House - and that Attorney General William Barr testify before Congress.

For nearly three years, our country has gone through a national nightmare and it will not end until the American people can see for themselves the full findings by Mueller.