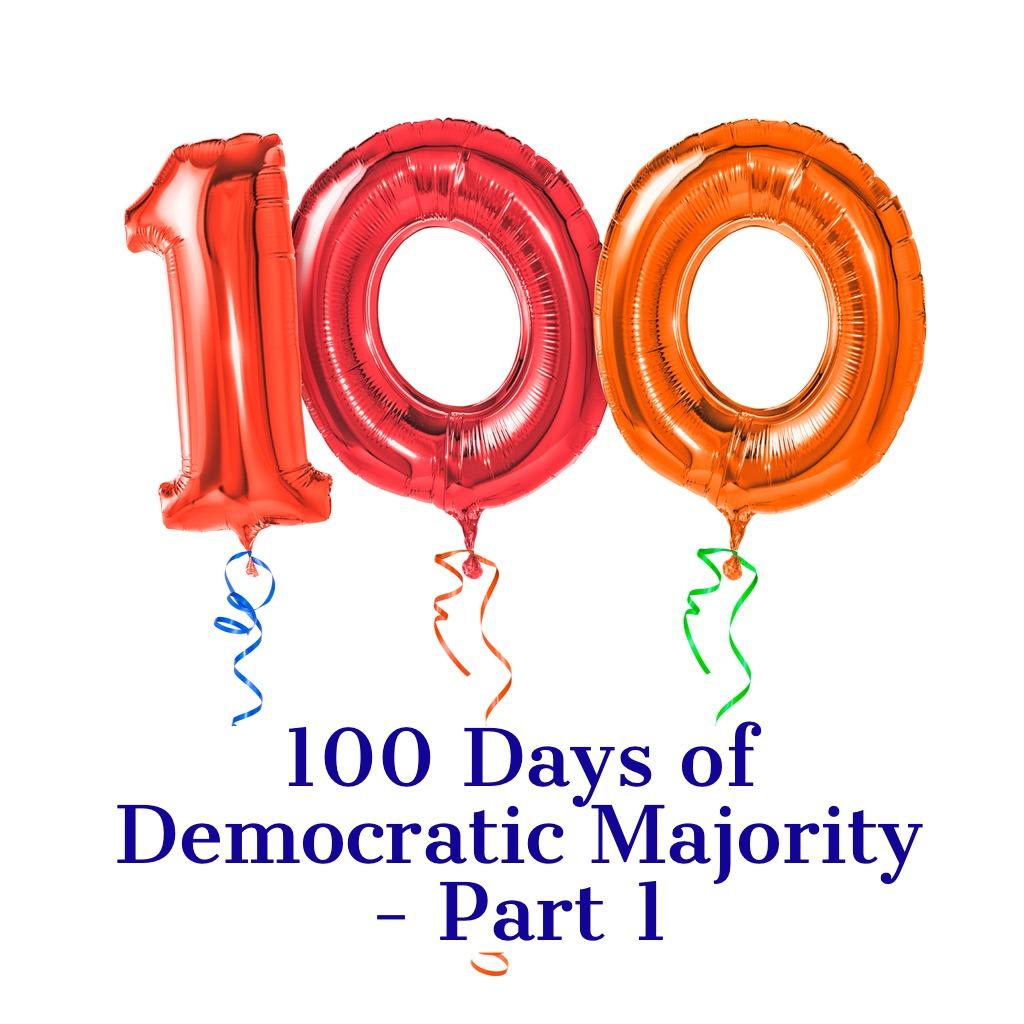 As we previewed yesterday, Democrats are approaching the 100-day mark of the new Democratic majority in the House of Representatives. They reach this pivotal milestone on April 13.

Speaker Nancy Pelosi has heroically presided over 100 days of accomplishment, oversight and accountability, all while fighting chronic GOP obstruction, shining a light on GOP corruption and navigating the steady stream of chaos from the White House and an unhinged president.

From healthcare to oversight, Democrats are keeping the promises they made to voters in the midterm elections, and they will continue to fight for America and the American people.

Here are just a few highlights of House Democrats’ accomplishments and providing the Constitutionally-required oversight of this administration that has been missing for two years:

Accomplishment: Passed the For the People Act

Accountability: Holding a corrupt and rule-breaking White House accountable for their actions

Let us know what you think about the Democrats first 100 days -- a period marked by a relentless push to make progress for the American people, provide oversight on a dangerous administration run amok, and hold Trump and his chaotic and corrupt administration accountable.