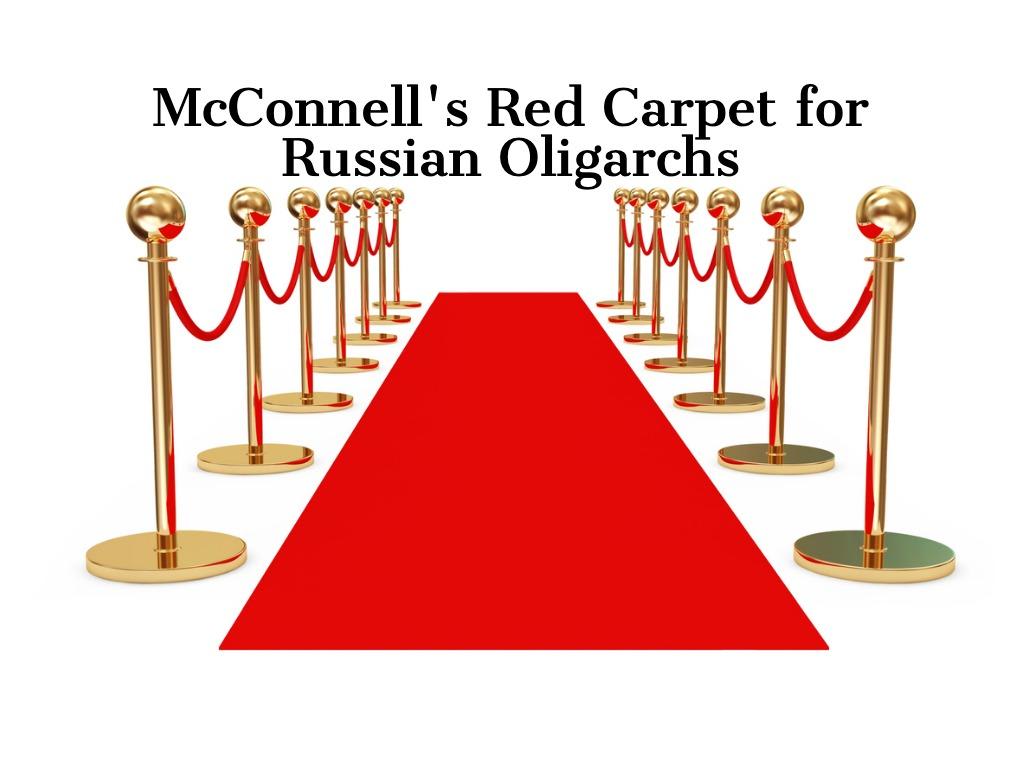 How angry are you that Mitch McConnell is in cahoots with Russian oligarchs?

When Mitch McConnell learned of Russia’s interference during the 2016 election, he downplayed its significance and refused to sign a bipartisan statement condemning Putin and the Kremlin for their active measures to undermine and manipulate America’s electoral process. In fact, he threatened President Obama, telling him that if he went public with news of the attack, McConnell would assail him as trying to tip the scales of the election.

Fast forward to the release of the Barr-redacted yet incredibly damning Mueller Report that details just how much Trump’s team was in contact with Russian officials and how determined Trump was to obstruct the investigation.

Mitch McConnell’s response earlier this week was as shocking as his initial response to learning of Russia’s interference in 2016.

The question in 2016 and the question now is why? Why is Mitch McConnell so damned determined to leave the doors wide open to more shady election interference by Russia and other bad actors (China, Saudi Arabia and North Korea come to mind…) that now have a green light to tamper with our elections?

Why is Mitch McConnell working so hard to convince us that “there’s nothing to see here folks! Move along, now!”?

The answer has begun to reveal itself as Kentucky’s three top Republicans - Sens. Mitch McConnell and Rand Paul and Gov. Matt Bevin - have rolled out the red carpet to the Bluegrass State to a sanctioned Russian oligarch and $200 million of his dirty money.

It appears that McConnell is just as tied to Russia as Trump and will do whatever it takes to keep Putin’s oligarch cronies happy - including giving them a green light to continue their new-age American invasion starting with a shady aluminum deal in Kentucky.

What’s worse -- Kentucky Gov. Bevin invested $15 million in Kentucky taxpayer money in this same suspicious aluminum project. That means Republicans are literally forcing Americans into a deal with the very Russian goons who attacked our democracy.

As we told you last week, Russian aluminum company Rusal, largely owned by Russian oligarch and Putin crony Oleg Deripaska (who’s actually still under sanctions by the U.S. government), is putting $200 million into a Kentucky aluminum mill plant to be built by Braidy Industries, a company that’s owned by Craig Bouchard, a buddy of Gov. Matt Bevin (R-KY). Rusal will own 40 percent of the aluminum plant.

Rusal is the same Russian company on which Kentucky Sens. Mitch McConnell and Rand Paul voted earlier this year to lift U.S. sanctions. And Deripaska is the same Russian oligarch who paid $10 million a year to former Trump campaign chairman and convicted felon Paul Manafort.

Tell us what you think about Mitch rolling out the red carpet to a sanctioned Russian oligarch and Putin crony? What do you think about him giving the green light to more election interference?

Let’s tell Mitch McConnell that, unlike his soul, America is not for sale to the Russians.