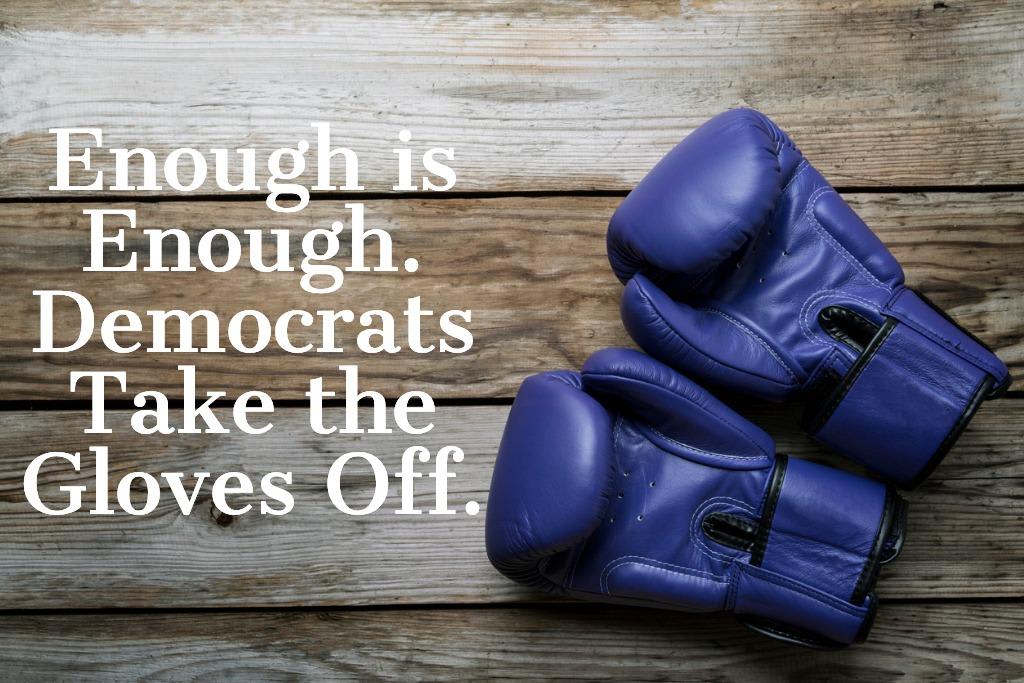 Enough is Enough: Democrats Take the Gloves Off

Should Democrats hold Barr in contempt of Congress?

This is the week Democrats push back and say ‘Enough is enough!’

House Democrats today made it clear that their patience with Donald Trump’s lying, obstruction and corruption and that of his henchman, Attorney General Bill Barr, has run out. Democrats are done with Barr’s blatant attempt to help Donald Trump cover up his misdeeds and keep the truth about his lawlessness from the American people.

Last week, Barr refused to appear before the House Judiciary Committee because he didn’t like who would be asking the questions.

Now, Democrats are fighting back.

On Wednesday, the House Judiciary Committee will vote to hold Barr in contempt of Congress after giving the AG every possible chance to do the right thing and release to Congress the full, unredacted Mueller report. Barr has instead chosen to play games, ignore the law and take a wrecking ball to this nation’s system of checks and balances.

And even Republicans know it.

Kurt Bardella, who was spokesperson and senior advisor to Republicans on the House Oversight and Government Reform Committee for five years from 2009-2013, wrote yesterday in a piece for NBC News THINK titled ‘Trump’s subpoena obstruction has fractured the Constitution’s system of checks and balances.’

“Thursday, May 2, 2019, felt like the end of checks and balances in America. It was the day that the Republicans on the House Judiciary Committee stood by and supported the executive branch’s decision to ignore a lawful subpoena issued by the legislative branch. At this moment in time, we no longer really have co-equal branches of government. And without this system, created with care by the Founding Fathers, we edge ever closer to a dictatorship.”

Bardella also reminded us that Americans voted last November for more oversight and a stronger check on executive power when they put Democrats in charge of the House:

“Millions of Americans voted in favor of a stronger check on power by ushering in a new Democratic majority in the House. That mandate is being ignored.”

And on Monday, 380 former prosecutors -- from Democratic AND Republican administrations -- released a signed statement that said Trump would have been indicted for obstruction resulting in multiple felony charges based on Mueller’s findings if he wasn’t president.

Imagine that -- the highest office in our land is being used as a Get Out of Jail Free Card by the president of the United States.

Unfortunately, none of those prosecutors have been elected to the United States Senate, and it has become painfully obvious that the president thinks he is above the law and the Republican Party and brand new Trump spokesperson William Barr are all too happy to enable that dangerous flight of fancy.

But as Speaker Pelosi made clear last week, Barr lied to the American people and he lied to Congress, which is a crime even if you’re the Attorney General.

So as we teeter on the brink of a Constitutional crisis, Democrats have taken the gloves off, and are stepping up, fighting back, defending our Constitution & our system of checks and balances, and protecting our very democracy.

DEMOCRATS ARE FIGHTING BACK.

Enough is enough. Trump has shown time and again that he will keep pushing until someone pushes back.

Well buckle up, buttercup, because this is the week Democrats push back. Hard.

Starting with holding the Attorney General in contempt of Congress.

Tell us, do you agree that Barr should be held in contempt of Congress?