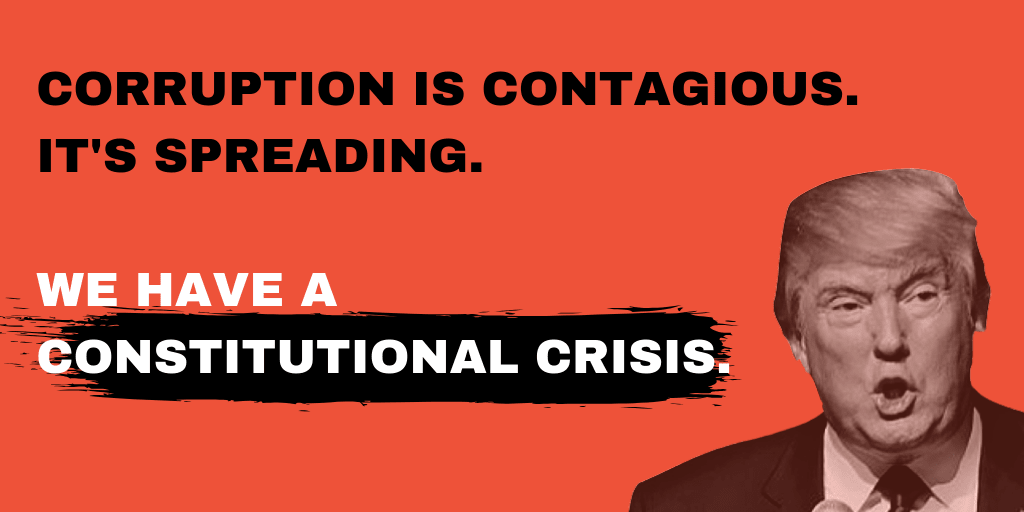 We Have a Constitutional Crisis.

Do you think Trump’s corruption has caused a Constitutional crisis?

The unfettered corruption Trump brought to Washington is contagious.

It has already infected the Trump Cabinet, including the Department formerly known as Justice and the Treasury Department. And now the Trump corruption is spreading like wildfire throughout the Republican Party as a whole and creeping into states like Kentucky.

Here’s a step by step look at just how this unprecedented presidential corruption has spread under Trump:

Reminder: We live in the United States of America...a democracy.

Tell us - do you think Trump’s corruption caused this Constitutional crisis?

Note: Tomorrow we’ll show how Trump’s particularly noxious brand of corruption -- which all ties back to Russia -- is spreading to the states, starting with Kentucky and Mitch McConnell.