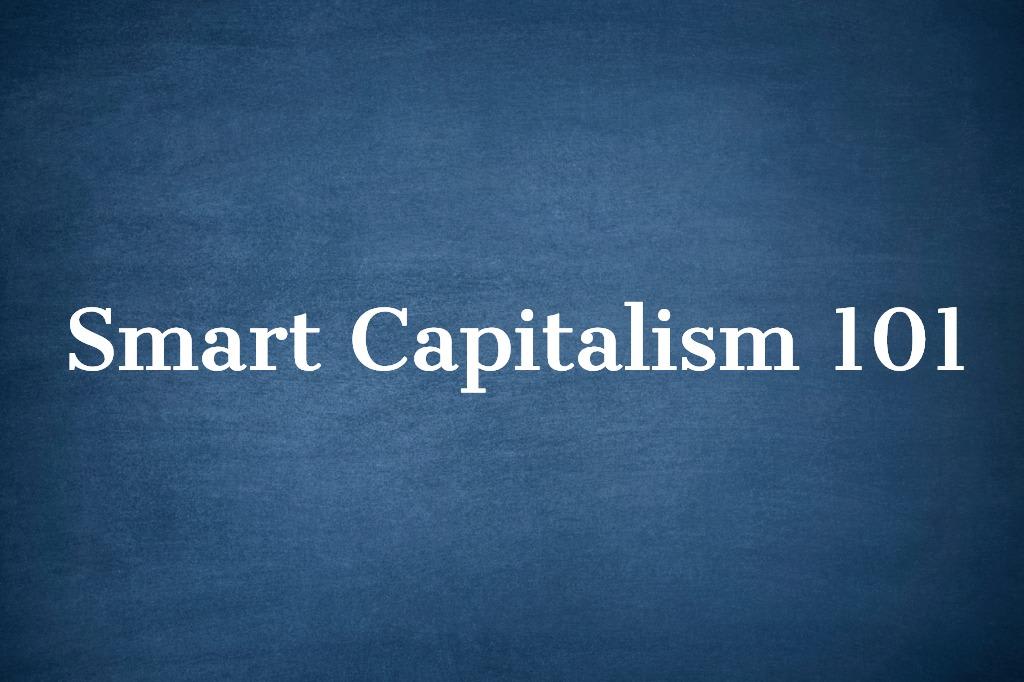 Do you support initiatives to make the economy and capitalism more fair?

Future Majority is dedicated to driving the For the People agenda. That means helping shape ideas that work, well, for the people. And at the top of that list is the idea of Smart Capitalism - a way to make capitalism work for all Americans.

Smart Capitalism - For the People

Here at Future Majority, you will hear us talk a lot about Smart Capitalism vs Inefficient Capitalism. In fact, you can read more about our ideas on this front right here.

Some of the 2020 Democratic presidential contenders are also talking about how capitalism is broken and needs to be fixed. Joe Biden says we need to “remake capitalism”. Beto O’Rourke calls for Conscientious Capitalism, Pete Buttigieg dubs it Democratic Capitalism and Elizabeth Warren refers to it as Accountable Capitalism.

We agree with them. And these are all the same concept, which is pretty simple -- Smart Capitalism invests in 100% of American citizens where Inefficient Capitalism empowers mainly the top 10% of earners leaving 90% of Americans in the lurch and not sharing in the wealth creation.

This gulf has created and it perpetuates income inequality, a shrinking middle class, a corporate environment where CEOs work to enrich themselves and their shareholders at the expense of their workers, and a tax system that favors the ultra wealthy.

The current inefficient capitalist system creates concentrated wealth and concentrated power. It rewards greed and can encourage outright theft (see also the financial crash of 2008 and the role of mortgage brokers...). And it lavishes the rich with tax cuts and allows corporations to - in some cases - pay zero taxes, while keeping in place regressive payroll taxes that burden average Americans. This is not a sustainable system. It is undemocratic, and it is inefficient.

Yet this system of inefficient capitalism is flourishing under Donald Trump and it is dangerously coupled with rampant corruption and an erosion of democracy that could lead the United States in the direction of a kleptocracy. (Wait, is this what Putin had planned all along???)

If Donald Trump has proved anything, it is that we need to move to a system of Smart Capitalism...and fast. He's also proved we need to take serious action to end the outright corruption that now defines Trump's Washington.

End the Corruption in Washington - For the People

When Democrats took control of the House earlier this year, one of the first things they did was to try to end the rampant culture of corruption that has a grip on Washington and keeps the system of inefficient capitalism chugging along.

On March 8, 2019 Democrats unanimously passed H.R. 1, the For the People Act - the most sweeping package of anti-corruption legislation since Watergate.

H.R. 1 would require Super PACs and other so called “dark money” groups to disclose their donors and it would enact new ethics laws and lobbying restrictions. It is aimed at stopping the flow of the unlimited and unrestricted money that dictates both who gets elected and how policy is shaped in Washington. It is this type of unregulated money in politics that rigs the system in favor of the wealthy and is corrosive to our democracy.

What does this have to do with capitalism? Simple - it is corporate lobbyists and corporate dark money spending in elections that buys access to politicians and keeps an inefficient capitalist system in place.

These folks want to keep the current system in place because they can bend the rules to work for themselves. And without anti-corruption measures like H.R. 1, these folks will continue to concentrate wealth and power where they see fit. It is this rigging of the system that blocks the very competition that makes capitalism work and benefit all Americans - not just the top 10%.

Yet Senate Majority Leader Mitch McConnell (R-KY) flatly refuses to bring H.R. 1 to a vote in the Senate. It’s no wonder...Mitch McConnell relies on corporate and lobbyist cash.

If we as a country really want to be For the People, the Senate must bring H.R. 1 to a vote and we must move towards a system of Smart Capitalism that works For the People. All of them.