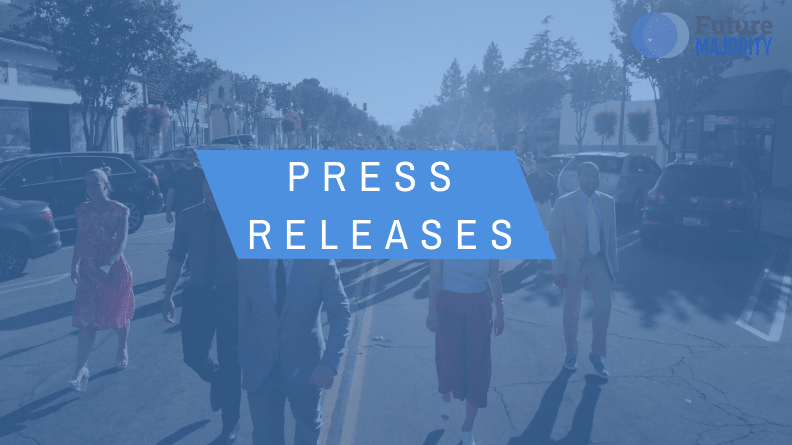 Do you support a Veterans Bill of Rights to tackle the issues facing America's military veterans?

The following 26 lawmakers from 11 states, representing approximately 5.6 million veterans, announced today they are introducing The Veterans Bill of Rights:

In addition, former West Virginia Senator Richard Ojeda, a veteran who served 24 years in the United States Army, will crisscross the country, including to these 11 states, to advocate for states to step up for veterans by passing The Veterans Bill of Rights.

The Veterans Bill of Rights honors veterans’ service to our country by:

“Veterans were willing to make the ultimate sacrifice defending our country, but too often politicians aren’t willing to lift a finger for them when they return,” said Daniel Squadron, Co-Founder and Executive Director of Future Now. “State legislatures have a duty to honor America’s veterans by ensuring they get the benefits and resources they need. By introducing The Veterans Bill of Rights, these lawmakers are honoring service. I hope every single state passes this bill so they can deliver veterans and their families the very best.”

“I am dedicated to campaigning for a national Veterans Bill of Rights to address the needs and challenges that face veterans that return home after serving this nation to ensure they are given every opportunity to succeed,” said Richard Ojeda, a senior advisor to Future Majority and former West Virginia State Senator. “We are going to start that effort now by working with legislators and politicians across the country to sign on and support The Veterans Bill of Rights in their own states as we build the momentum to take this national.

Ojeda continued, “It is estimated that 22 veterans commit suicide every day across this country. It is not just mine, but every veteran’s responsibility to lower that number to zero. It is also estimated that nearly half of America’s veterans are facing joblessness. This is unconscionable. It is an outrage and it is incumbent upon every legislator in this country to ensure the protections and opportunities for veterans in their states that are included in The Veterans Bill of Rights. I look forward to building support for this plan across the country.”

“Veterans and their families make incredible sacrifices defending our country, but too often they face barriers to jobs, education, healthcare, and housing once they complete their service,” said Representative Joe Tate from Michigan’s 2nd State House District. “It’s our legislature’s duty to help ensure that Michigan veterans get the benefits and resources they deserve. We must also ensure that our state is leveraging our veterans’ leadership experience; experience that will be needed for our current and future challenges. By introducing The Veterans Bill of Rights, I hope to show our state – and all 49 others – how we can deliver on the promise to give veterans and their families the very best.”

“As the senator that represents Fort Knox, I see the incredible sacrifices veterans make defending our country, but too often they face barriers to jobs, education, healthcare, and housing once they complete their service,” said Senator Dennis Parrett (D-10, Kentucky). “It’s our legislature’s duty to help ensure that Kentucky veterans get the benefits and resources they deserve. By introducing The Veterans Bill of Rights, I hope to show our state – and all 49 others – how we can deliver on the promise to give veterans and their families the very best.”

“Working in terrorism threat assessment at the Department of Defense as a contractor, I was proud to work with servicemen and women daily. As a State Senator, I’m proud to support the Veterans Bill of Rights to lift up the veteran population in our state,” said New Hampshire State Senator Jon Morgan (District 23). “As public servants, one of our greatest responsibilities I feel is to the community of active duty, reserves, and other veterans than live in our communities. A strong tradition of and respect for military service is deeply ingrained in the Granite State. From the Portsmouth Naval Yard to the Pease Air National Guard Base, the last report based on the census found just over 100,000 veterans living in New Hampshire.”

Our nation’s veterans serve and protect us in the military – but too often, we fail to serve and protect them when they return home: Only 30% return to civilian life with a job, nearly two million, along with four million of their family members, lack basic health coverage, 20 veterans die from suicide every day, and over 40,000 are without a home on any given night.

The Solution: The Veterans Bill of Rights

Veterans deserve better. The Veterans Bill of Rights, a model policy developed by Future Now and Future Now’s national network of state lawmakers and promoted through Future Majority’s national level work to focus politics on everyday people is a package of simple changes and cost-effective tools that will make a dramatic difference for veterans. From leveraging veterans’ unique experience and training to propel them toward jobs, to proven programs that help with re-entry to civilian life, to services that make it easier for vets to access high quality healthcare and secure housing, it is a common-sense way to improve veterans lives and honor their service. For more information on The Veterans Bill of Rights visit americasgoals.org.

Future Now is rebuilding our democracy by improving states one legislature at a time. Future Now offers the most robust state legislative support system ever built to help state lawmakers achieve goals for the common good. Follow us @FutureNowUSA.

Future Majority is the strategy center for Democrats – an organization dedicated to driving the For the People's agenda. Let's build Freedom, a Fair Shot, and the Future for each and every American.

Tell us, do you support a Veterans Bill of Rights to tackle suicide and other issues facing America's military Veterans and their families?