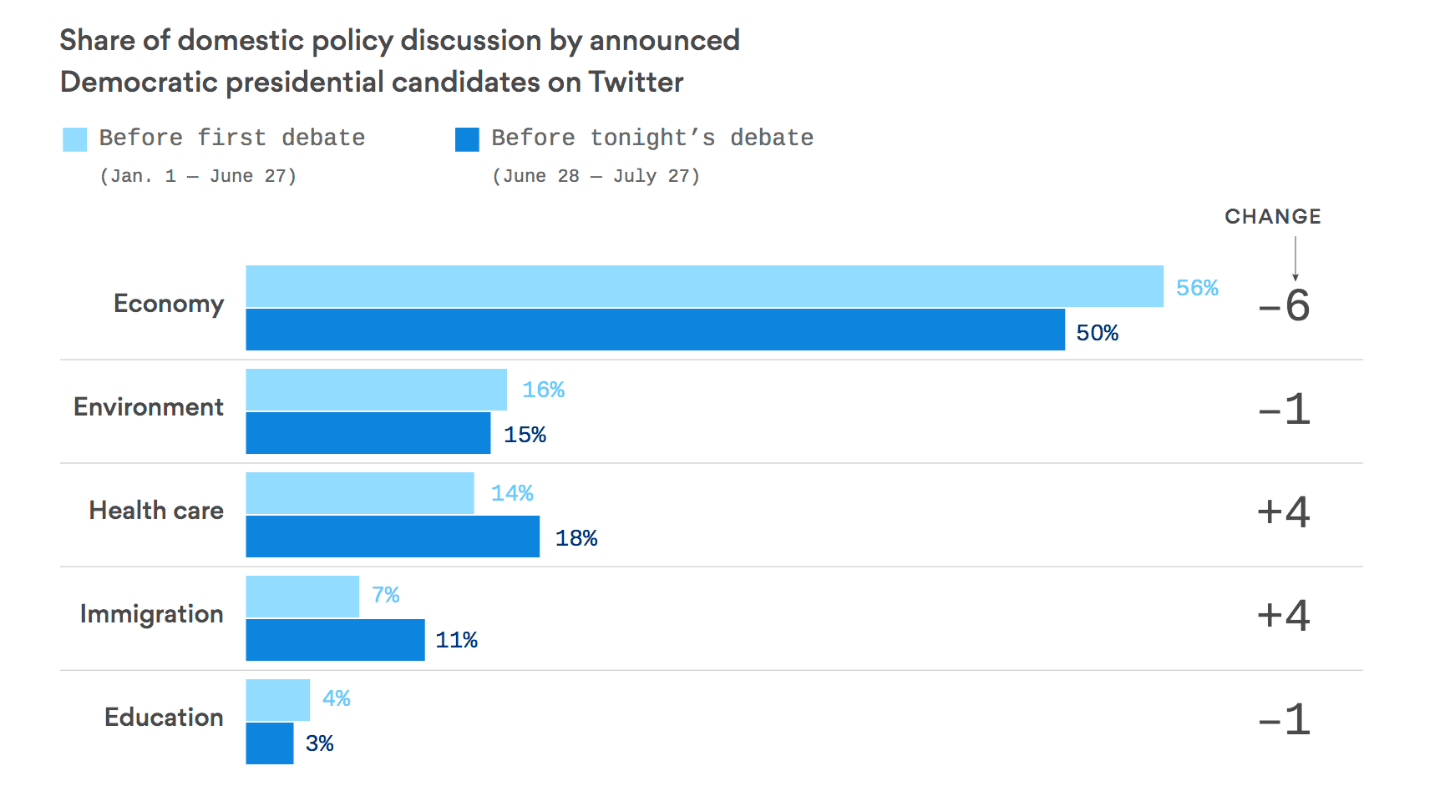 Axios: Health Care and Immigration are Driving the Conversation Since the First 2020 Democratic Debate

Are healthcare and immigration the two topics that you care most about in the upcoming 2020 election?

Which issues are most important to you in the 2020 elections? Learn more from Axios about a recent study on the topics that are top of mind for many Americans below, and join the conversation by taking action above!

Issues that got the most heat in the first 2020 Democratic debates have since made a dent in the social-media conversation, per data harvested by Hamilton Place Strategies, an analytical public affairs consulting firm.

What they're saying: "Some of the most notable moments in the debate were around health care and immigration, and both of those topics gained in share of voice after the debate," partner Matt McDonald tells Axios.