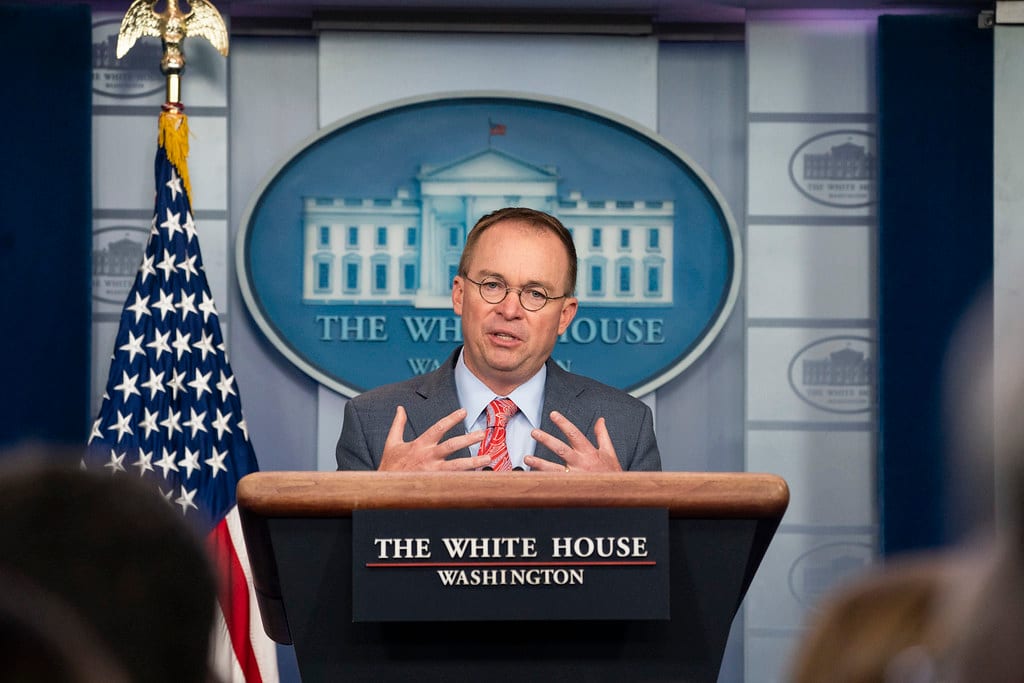 Call your Representatives and ask how they plan to end government corruption.

“Did [Trump] also mention to me in passing the corruption related to the D.N.C. server? Absolutely. No question about that. That’s why we held up the money.”

“I have news for everybody: Get over it. There’s going to be political influence in foreign policy,” he said, adding, “Elections have consequences.”

Mulvaney's blatant admittance of quid pro quo highlights even more the importance of getting corruption out of Washington. The For the People Act, which aims to reduce government corruption, was passed by the House and continues to be ignored by the Senate.

Call your Representatives today and ask what they're doing to combat corruption in Washington.