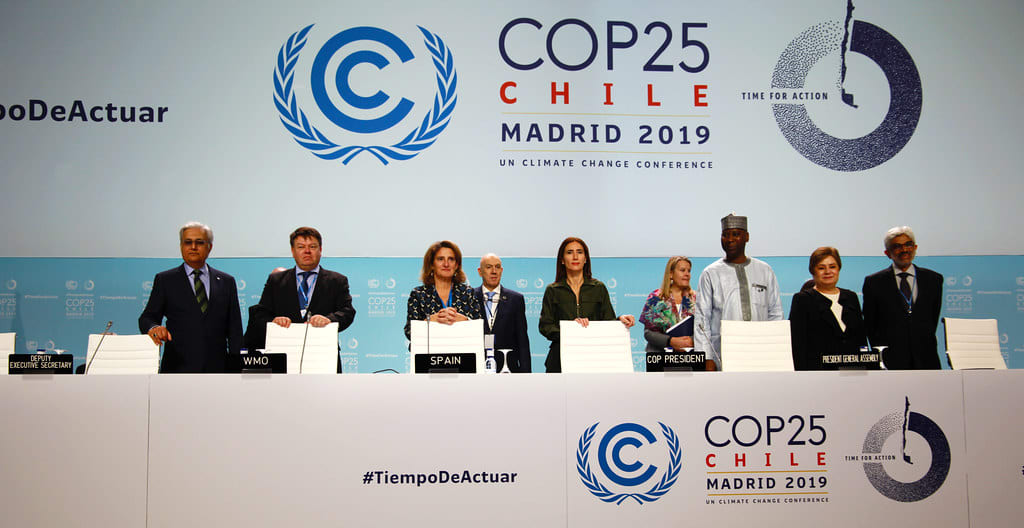 Here's What COP25 has Taught Us

The UN Climate Talks concluded and there are 5 main take aways.

The reason COP25 was in Madrid was because civil disorder erupted in Chile, the original meeting spot. Spain took over and create a well-resourced and well-organized event. But this meant the conference was run by Chile and hosted in Spain, resulting in lots of confusion, especially in regard to the key text they were working on.

...the Chileans presented the lowest common denominator language first, resulting in a huge number of objections from countries eager to see more ambition on carbon cuts. Experienced COP watchers said they should have started with high ambition and negotiated down to a compromise.

There was a large gap between what the public was demanding and the leaders participating in the conference.

This disconnect was the difference between the urgency underlined by the latest science, the demands for more ambitious climate targets from school strikers around the world, and the torturous, convoluted nature of the talks.

As a result, young activists staged an unauthorized protest and were thrown out by security.

The next conference takes place in Glasgow but much of what will happen there will be determined by an EU-China summit taking place in Germany next September.

The hope is that by then the EU will have formalised its zero-carbon long term goal and also updated its 2030 pledge to cut emissions by 55% of 1990 levels.

The EU will likely try and secure agreement from the Chinese to improve their nationally determined contribution (NDC).

Back in 2014 the climate pact signed by President Obama and President Xi Jinping became the lynchpin of the Paris Agreement.

Many observers hope that if the EU and China can do the same, it will be a massive boost for Glasgow.

The US pulling out of the Paris Climate Agreement has encouraged other countries to act in their own interest.

If countries can't be persuaded to move away from these self-protective positions, Glasgow will suffer the same fate as the ill-fated Copenhagen COP in 2009.

Glasgow has an Uphill Battle

Madrid failed to clarify a lot of issues, leaving them to be dealt with in Glasgow. This will require strong leadership, organization, and diplomacy.

"The diplomacy to build the confidence of the Chinas and the Indias that they can do more and they will be supported, through economic co-operation and that everyone else is moving in that direction, is incredibly important for changing the politics heading into next year," said Jennifer Tollman, a climate expert with the E3G think tank.