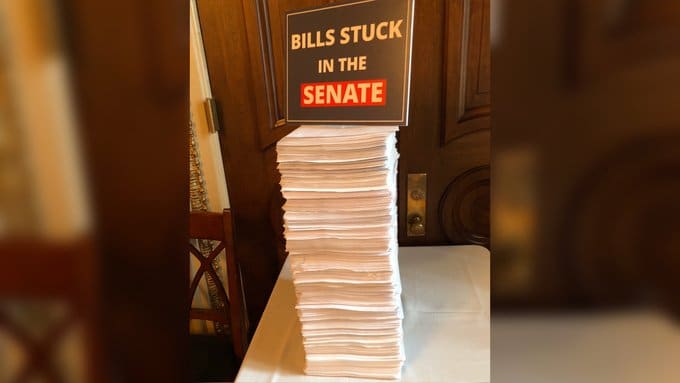 U.S. Senators are sharing pictures of the huge pile of bills passed by the House that are stuck on Mitch McConnell's desk.

McConnell has promised to be a "grim reaper" to all progressive legislation but many of these "dead" bills passed in the House with bipartisan support. 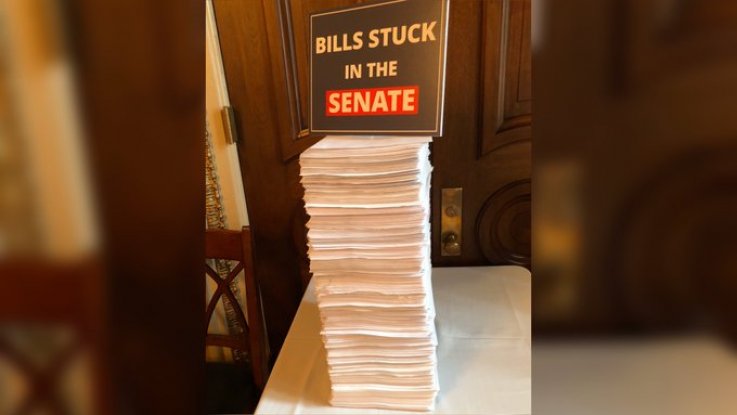 One of the most significant bills to join the "graveyard" lately could be House Speaker Nancy Pelosi's package to limit the cost of prescription drugs. Though it cleared the House with just two Republican backers last week, the bill has generated excitement and maybe even hope in the Capitol that lawmakers can deliver on soaring insulin and out of pocket costs before the 2020 election.