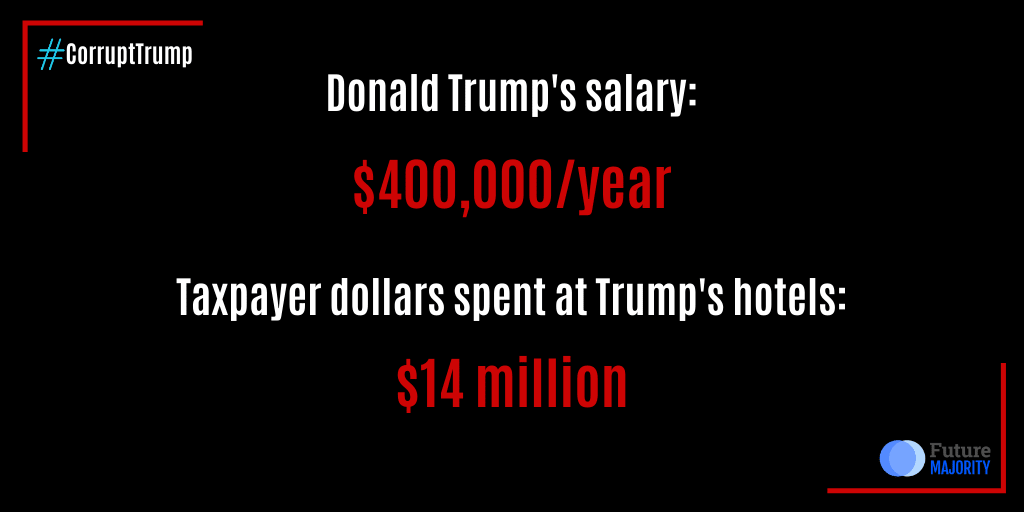 Trump May Donate his Salary, but he's Making Millions off the Government

Rawstory Reports: Mnuchin begs Democrats to wait until after the election to disclose how much the Secret Service spends on Trump’s travel

Treasury Secretary Steve Mnuchin is urging Democrats to change draft legislation that would disclose how much the Secret Service spends during Trump's travel. He's asking that this information be disclosed after the 2020 election.

This disclosure requirement is part of a bipartisan bill that would move control of the Secret Service back to the Treasury Department.

Originally founded in 1865 as an anti-counterfeiting agency and only later acquiring its modern role in presidential security detail, the Secret Service has historically operated as an arm of the Treasury Department, but in the wake of the 9/11 attacks was reorganized under the newly-created Department of Homeland Security.

According to the Government Accountability Office, only 4 trips for Trump to visit Mar-a-Lago cost the Secret Service ~$1.3 million each.