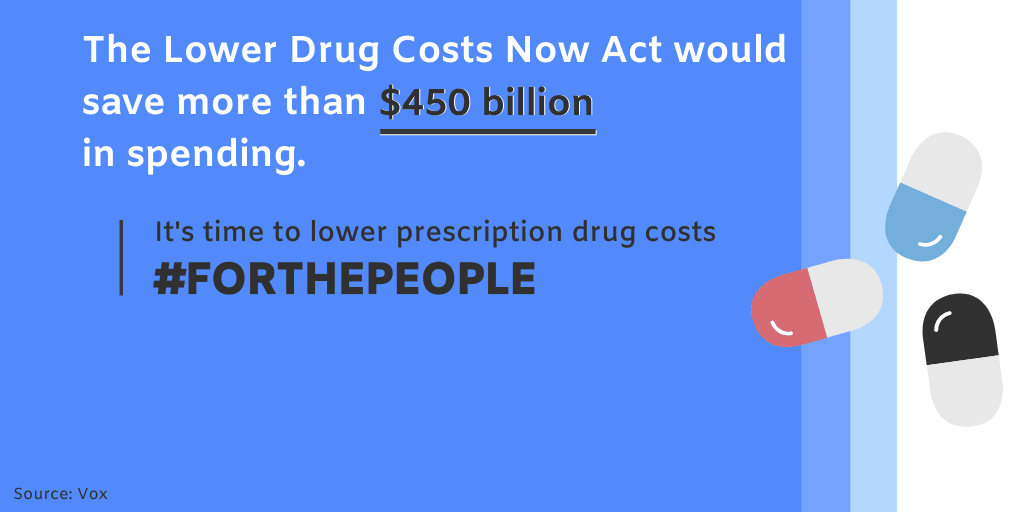 Representatives Across the U.S. Fight for Lower Drug Costs - Except Mitch McConnell

Will you share this article to help us lower prescription drug costs?

Across the U.S., Americans are unable to afford their prescriptions. Extremely high costs have forced Americans to choose between their next meal and life-saving prescriptions.

Within 2019 alone, manufacturers increased prices on 457 brand name drugs by 5.1%. In December of 2019, the House passed an ambitious bill to lower prescription drug costs. This bill would allow the U.S. government to directly negotiate drug prices for Medicare recipients, saving more than $450 billion in spending reductions for the program within 10 years.

The House isn't alone in this effort to lower drug costs, as Representatives across the U.S. have put forward their plans for lowering drug costs on a state level.

Dozens of other bills have been put forward. Clearly, the need for lower drug costs has been heard by everyone except Mitch McConnell. The Lower Drug Costs Now Act sits untouched on Mitch McConnell's desk, along with hundreds of other bi-partisan passed bills.

When will Mitch step up and help the very Americans that elected him? People are drowning in the costs of their necessary prescriptions and Mitch McConnell continues to deny them any help.