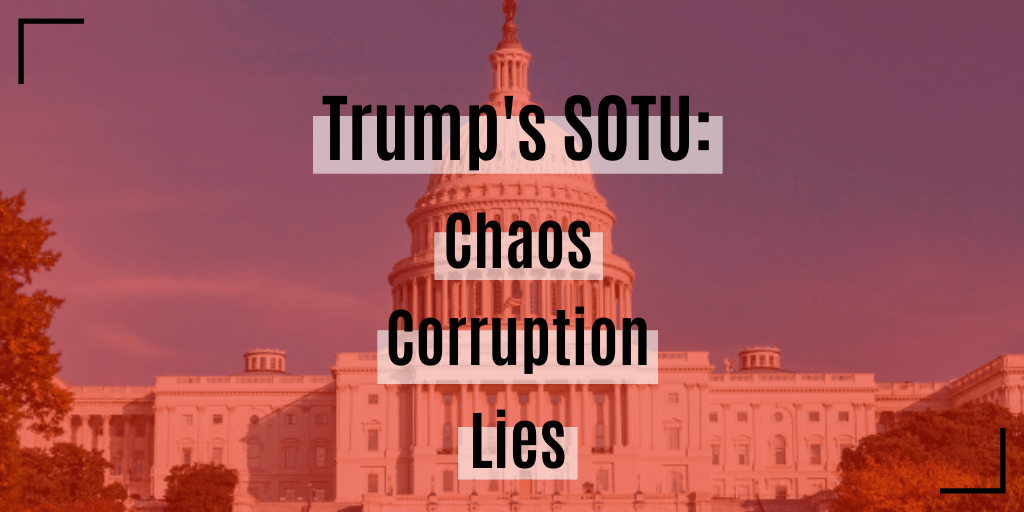 Will you share this article with your social media accounts?

Trump, as usual, made plenty of false claims in his State of the Union speech on Tuesday. Here are the facts on Trump's actual economic accomplishments.

Trump: “The years of economic decay are over,” he said. “In just three short years, we have shattered the mentality of American decline.”

Fact: This economic upturn was actually started during the Obama presidency. Moreover, under Trump, the economy is expected to slow down to under 2% of growth in the next two years.

Trump: “I am thrilled to report to you tonight that our economy is the best it has ever been.”

Trump: “Since my election, we have created seven million new jobs.”

Fact: Here, Trump is counting new jobs that were made after he was elected but before he took office. Also, the Labor Department estimates that this number is actually 6.2 million.

Trump: “Companies are not leaving; they are coming back.”

Fact: Trump has caused massive job losses in the manufacturing sector - nearly 500,000 job were lost. Also, the US trade deficit in good went 18% during the first two years of Trump's presidency. This implies that more manufacturing jobs left the US than came back.