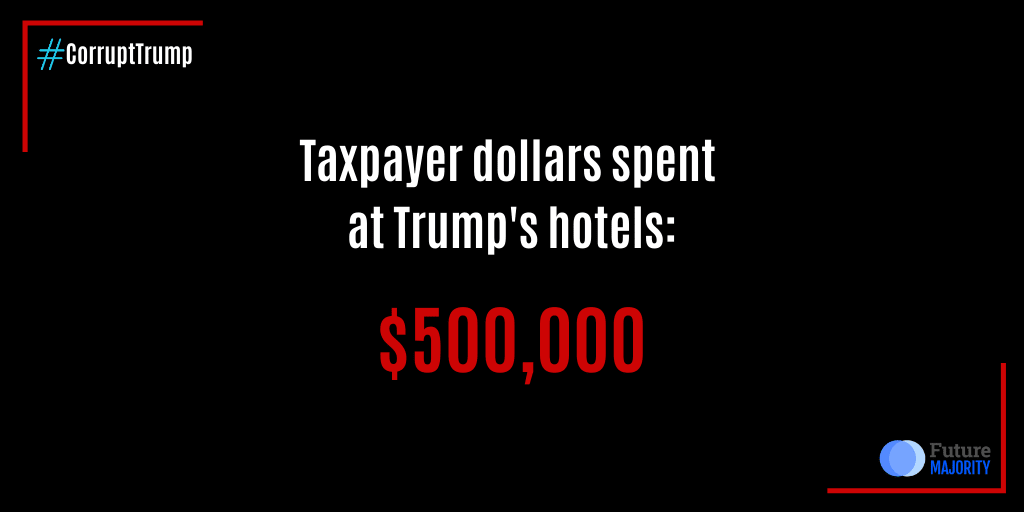 Let your network on social media know where their tax dollars are going.

Want to know where your taxpayer dollars are going? Right into Donald Trump's pockets.

An elected official using his office to financially benefit his family is basically the textbook definition of corruption, and the Post’s new reporting is simply the latest chapter in the ongoing saga of the Trump family normalizing self-dealing in a manner unprecedented in American history. But in an especially shameless display, Donald Trump and his eldest son repeatedly attacked the Bidens for their purported corruption on Thursday, just hours before the Post’s report dropped.

Donald isn't alone in his corruption - his whole family in involved too.

The irony is that the Trump children have made a fortune from foreign dealings, and not just before their dad took office. In October, Forbes reported that Eric and Donald Jr. have sold more than $100 million of the family’s real estate since the January 2017 inauguration — including a $3.2 million deal in the Dominican Republic in 2018 that is “the clearest violation of their father’s pledge to do no new foreign deals while in office.” Foreign money has also poured into the Trump International Hotel, located just blocks from the White House, which the president’s most recent financial disclosure indicated made him $41 million in 2018 alone.