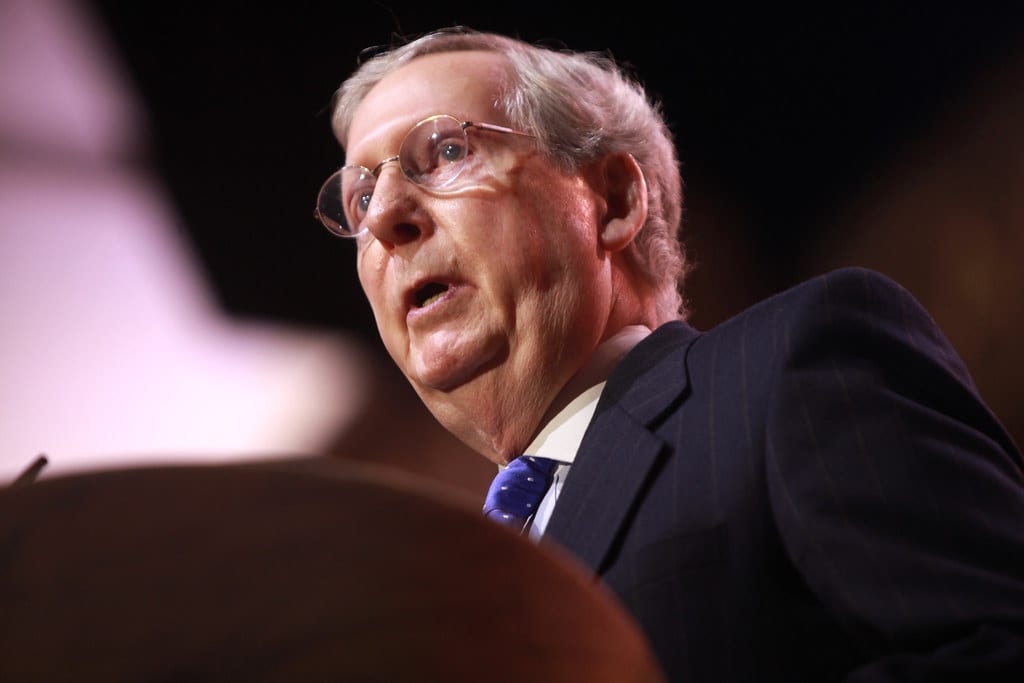 McConnell Blocks Bill to Lower Drug Costs and Gets $50,0000 from Big Pharma

In September 2018, House Speaker Nancy Pelosi announced a groundbreaking bill, the Lower Drug Costs Now Act. The bill would allow the government to negotiate with pharmaceutical companies on prescription drug costs for Medicare, restrict price hikes, and limit out-of-pocket costs. The same day, Mitch McConnell said the bill would not pass the Senate.

On Oct. 16, McConnell received a $2,500 check from Takeda Pharmaceuticals' political action committee, according to McConnell's reports to the Federal Election Commission.

The same campaign finance filings show that a few weeks after that, multinational pharmaceutical company Novartis' PAC also sent $2,500 to McConnell. Then, a PAC for another pharma company, Emergent BioSolutions, kicked in $2,500.

According to filings from his Bluegrass Committee leadership PAC, Merck & Co. also contributed $5,000 to support McConnell and Sanofi donated $2,500.

That's not it. McConnell also received another $12,600 from pharmaceutical CEOs and lobbyists.

It is clear that Mitch McConnell is funding his campaign on the backs of the American people. We need to tell Mitch to do his job.