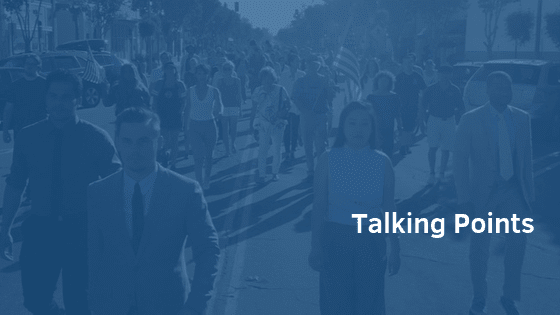 Democrats must stay united in support of H.R. 1

With Republicans rallying around Trump, it is imperative that Democrats stay unified and focused on our real opponents. H.R. 1 gives us a golden opportunity to do both.

There is so much we don’t know about the 2020 election. But one thing has become abundantly clear: Republicans are all-in for Trump.

Nothing will change their minds. Not the shocking revelations from the president’s former fixer, not his strange and un-American love of dictators and not his endless degradation of the highest office in the land. No, the Republican Party is no longer the party of conservatism. It is the party of Trumpism.

That twisted takeover was on full display at this weekend’s CPAC conference, where the president’s unhinged performance demonstrated his total and complete lack of fitness for office. As the Washington Post reported:

“Acquiescence to Trump is now the defining trait of the Republican Party more than two years into his presidency — overwhelming and at times erasing principles that conservatives viewed as the foundation of the party for more than a half century.”

Whether it’s the My Pillow guy declaring that Trump was chosen by God or U.S. Sen. John Cornyn boasting that “we’re not going to turn on our own,” Republicans have made their choice very clear.

And as crazy as it might seem, there is a lesson here for Democrats. The other side is unified and ready for 2020. Can Democrats say the same?

Here are a few things to consider as we start yet another critical week in defense of our nation’s democracy:

We know what we’re up against. They are craven, motivated and unified behind their leader. It is imperative that we never lose focus of what’s important.

Let’s remind the American people what we’re really about. Let’s keep Trump and his boundless corruption of democracy front and center. Let’s come together to fight for what makes America great.