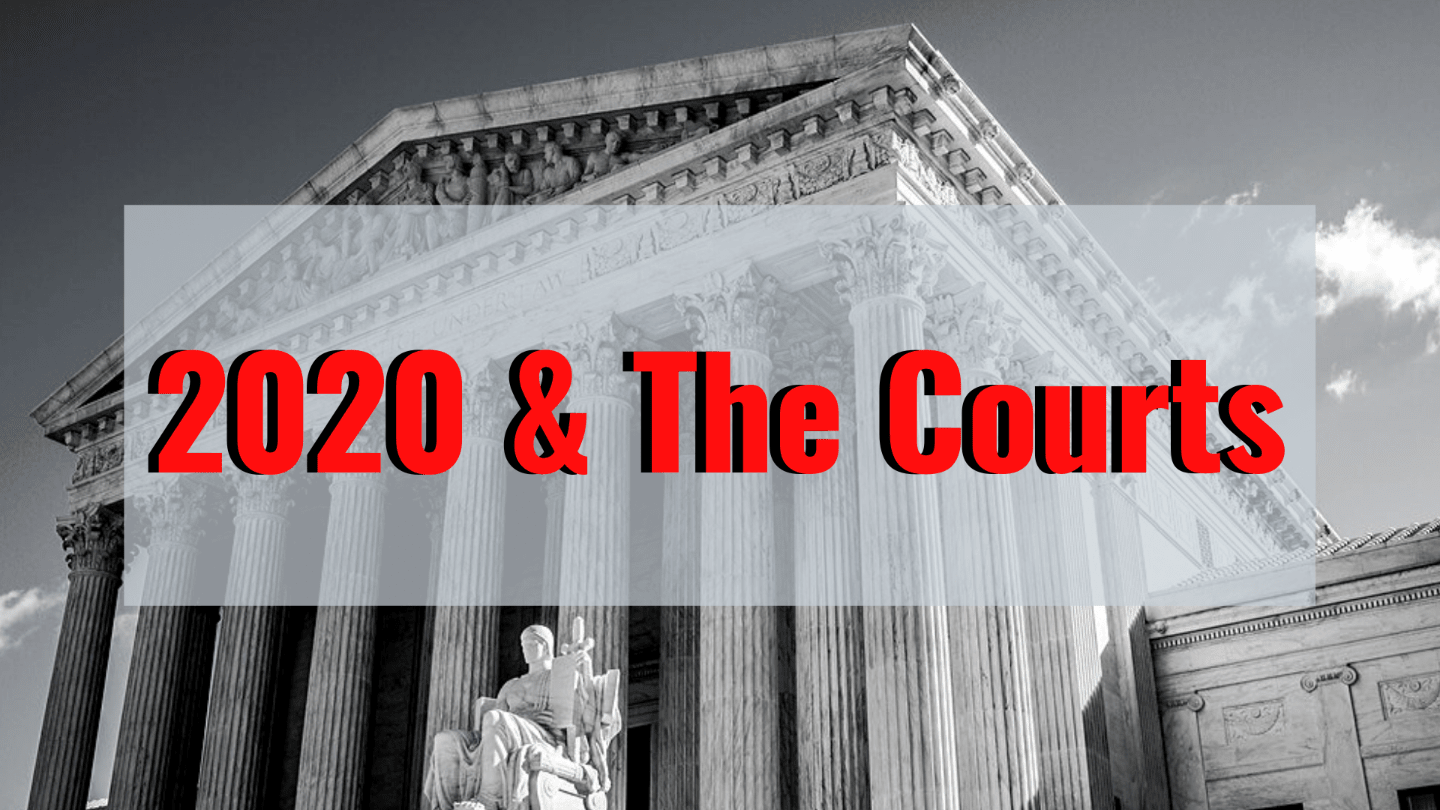 How do you think the courts will handle these upcoming cases in 2020?

It’s 2020, and you’re probably thinking about Trump and the handful of Democratic presidential hopefuls -- and we don’t blame you. But while the White House is the big-ticket item at stake this year, the fabric of our country could be fundamentally altered by a series of decisions in the courts and the judges who make them up.

From healthcare to reproductive rights to some of the biggest issues facing our democracy, the Supreme Court and lower courts around the country have been weighing in on matters that affect all of us.

How the courts come down on these issues is often a tale of who makes up the courts. For decades, conservatives have long understood this and built an entire ecosystem to achieve and maintain majorities on the bench. In 2020, they will only double down on their efforts to shape the courts in their image. Many conservatives who are otherwise dismayed by Trump’s chaos will reject Democratic opponents and vote for him because of his promise to put conservative judges in courts all around the country.

Democrats have lagged behind, rarely making the courts an election issue, while the Senate has rubber stamped nearly 200 Trump-appointed judges. But recent outrages that have put a spotlight on the courts -- Mitch McConnell’s stonewalling on Merrick Garland, Brett Kavanaugh igniting women, and Republicans taking another stab at invalidating healthcare for millions of Americans -- have made it clear among progressive activists and voters that the courts are a big issue.

In a new memo, the Future Majority team is taking a look at what is at stake in the courts this year, and how Democrats can start to fight back.