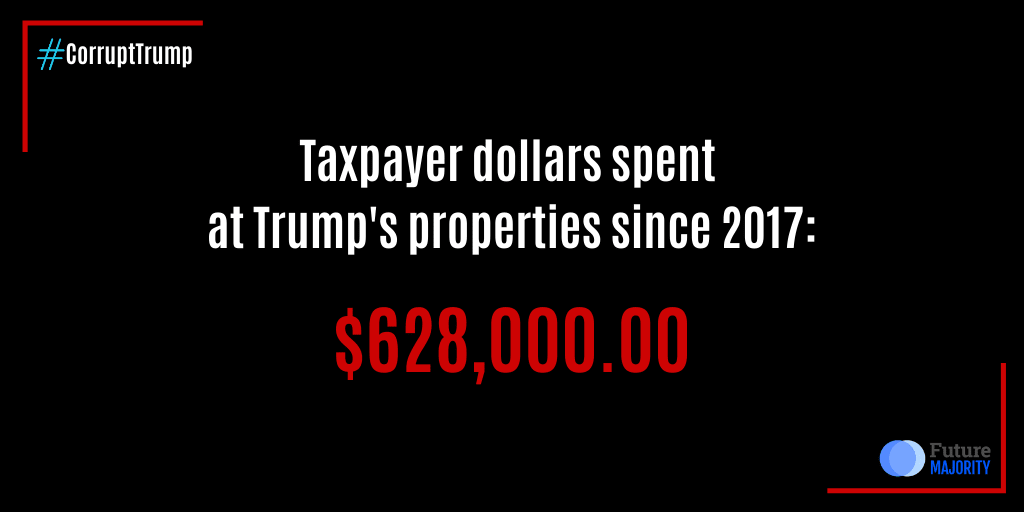 Help us spread the word about Trump profiting off hardworking Americans

In Bedminster, N.J., the new receipts also show that a rental arrangement that began in summer 2017 — in which Trump’s club charged the Secret Service $17,000 per month to rent a cottage near the president’s — continued in summer 2018 and for at least part of summer 2019. That rate is unusually high for homes in the area, according to local rental listings.

There is no requirement that president charge the Secret Service and most presidents have allowed the agency to use space on their properties for free.

Before Trump, the one recent exception had been then-Vice President Joe Biden, who charged the Secret Service $2,200 a month to rent a cottage at his home in Delaware. A Biden spokesman said that was a fair market rate. Biden’s payments were formalized in a federal contract and listed in public databases of federal spending.

Meanwhile Trump's charges were made on federal credit cards, not formal contracts. They are not listed on a single public database.

When will this corruption end?