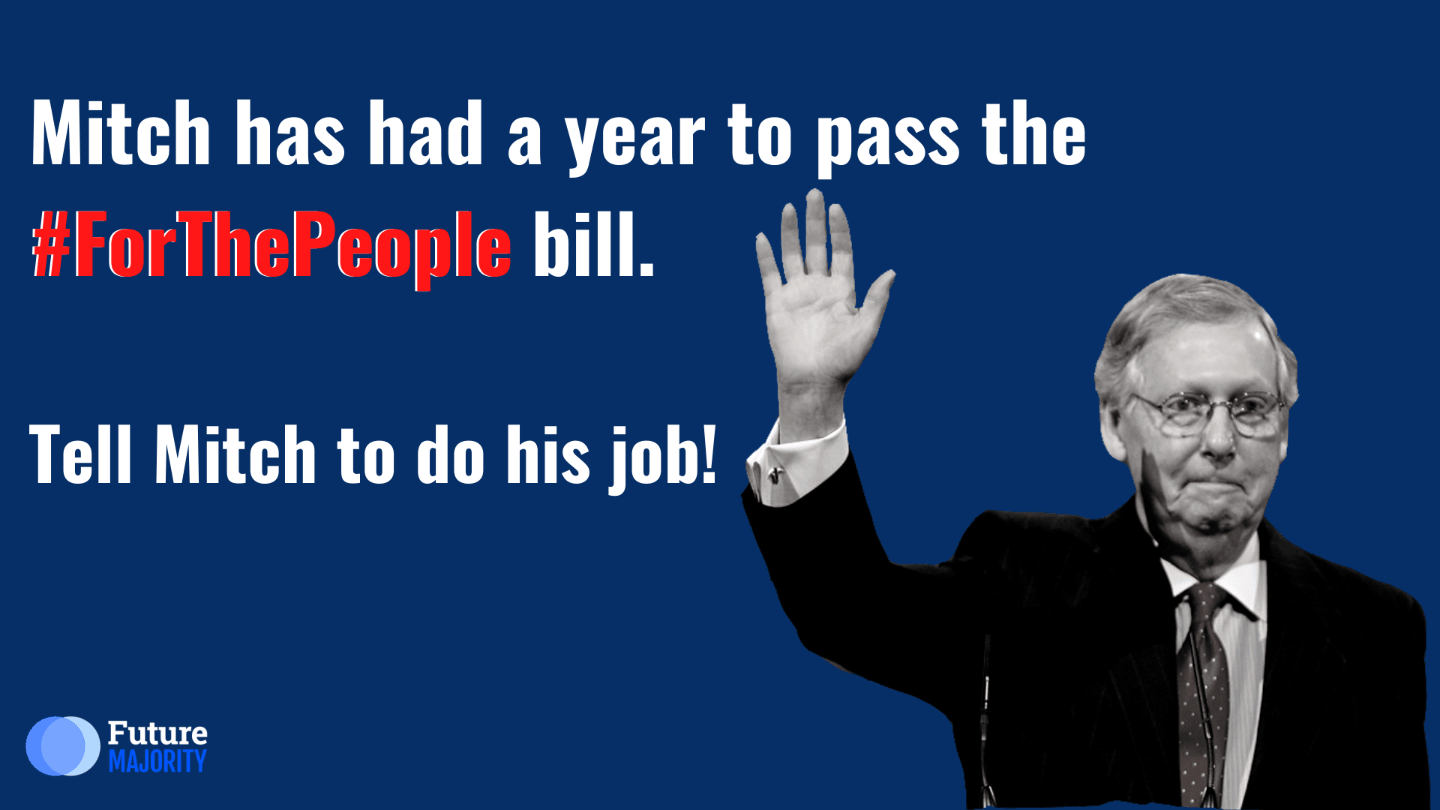 Hey Mitch - You've had a year to pass HR1. Ready to do your job yet?

Truthout Reports: A Campaign Finance Solution Has Been Sitting on McConnell’s Desk for a Year

Mitch McConnell's legislative graveyard is increasing government corruption every single day. A year ago, the House passed HR1, the For the People Act, which would eliminate big money in politics.

Elections have become extravagantly costly. In 2016, campaign spending by or in support of Donald Trump and Hillary Clinton totaled $2.4 billion. The average Senate winner in 2018 spent $15.7 million, with challengers needing on average $23.8 million to topple incumbents. Even local election costs can be forbidding. Spending in the Los Angeles County school board primary last month topped $6 million.

The bill could drastically change our elections, who wins, and what issues make it to the front of the policymaking agenda. Yet, Mitch McConnell continues to let the bill collect dust because he's too focused on his political agenda.

Tell Mitch that people come before politics and money! Share this article on social media and tag Mitch at @senatemajldr on Twitter and @mitchmcconnell on Facebook.