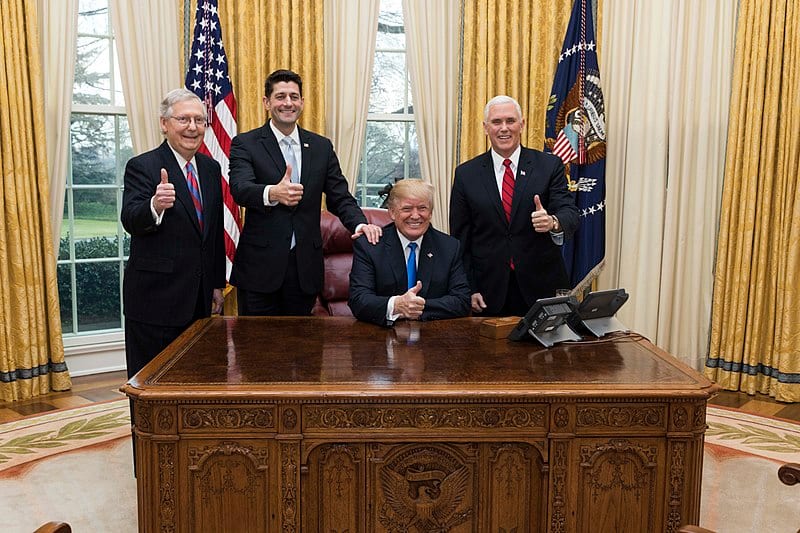 Remember when Trump made all of those massive tax cuts and bragged about "his" thriving economy? Turns out that was a sham, just like the rest of Trump's presidential promises.

“A lot of people are obviously concerned about Washington moving very quickly on relief, on economic relief,” MSNBC's Joe Scarborough said. “Very concerned about bailouts of companies, of corporations that got a windfall of billions and billions of dollars just a couple years ago from President Trump’s tax cuts. Instead of investing it in their workforce, instead of expanding operations, instead of putting away cash reserves for a rainy day like now, they spent 95 percent on stock buybacks. The airline industry was especially guilty of this.”

These companies were supposed to help expand the economy with their tax breaks by expanding their workforce. Now these same companies are tanking the economy and taking bailouts from the Trump administration.

“I think it is safe to say,” Scarborough added, “most airline companies don’t want to bail out Boeing right now, the other companies that spent 95 percent of their tax cuts on stock buybacks, when, again, the sell from the administration was, we need to pass this because it’ll help workers, it will help the economy. They will reinvest in their businesses and grow their businesses and operations. That never happened. What about this idea from Andrew Ross Sorkin? What about instead of bailouts, we extend zero interest loans, especially to small business owners who are really hurting right now?”

The Trump Slump is back and it's hitting Americans harder than ever. When will our government support every day Americans instead of massive corporations?