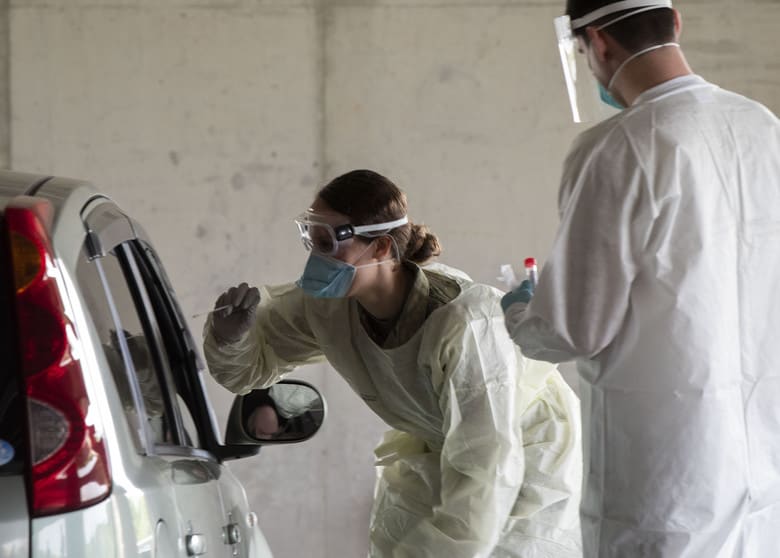 How do you feel about Trump's handling of the pandemic?

The NY Times Reports: The Lost Month: How a Failure to Test Blinded the U.S. to Covid-19

The U.S. lost an entire month of testing of COVID-19. We squandered our chance of containing the virus and we left Americans to deal with a public health crisis.

The absence of robust screening until it was “far too late” revealed failures across the government, said Dr. Thomas Frieden, the former C.D.C. director. Jennifer Nuzzo, an epidemiologist at Johns Hopkins, said the Trump administration had “incredibly limited” views of the pathogen’s potential impact. Dr. Margaret Hamburg, the former commissioner of the Food and Drug Administration, said the lapse enabled “exponential growth of cases.”

Dr. Anthony Fauci told members of Congress that our government's inability to test early was "a failing" response to the deadly global virus. He said in an interview "Why were we not able to mobilize on a broader scale?"

Three agencies responsible for detecting and combatting threats like COVID-19 failed to prepare the country. China sounded alarms months ago and our government still initiated no action.

Dr. Robert R. Redfield, 68, a former military doctor and prominent AIDS researcher who directs the C.D.C., trusted his veteran scientists to create the world’s most precise test for the coronavirus and share it with state laboratories. When flaws in the test became apparent in February, he promised a quick fix, though it took weeks to settle on a solution.

The CDC restricted tests and failed to implement a "community-based surveillance" to detect the virus's reach. Early detection would have allowed the government to track how the virus was spreading and prevention infection of thousands of Americans.

Dr. Stephen Hahn, 60, the commissioner of the Food and Drug Administration, enforced regulations that paradoxically made it tougher for hospitals, private clinics and companies to deploy diagnostic tests in an emergency. Other countries that had mobilized businesses were performing tens of thousands of tests daily, compared with fewer than 100 on average in the United States, frustrating local health officials, lawmakers and desperate Americans.

The Trump administration has continuously failed the American people during this crisis. They have known about this virus for months and faltered every step of the way.