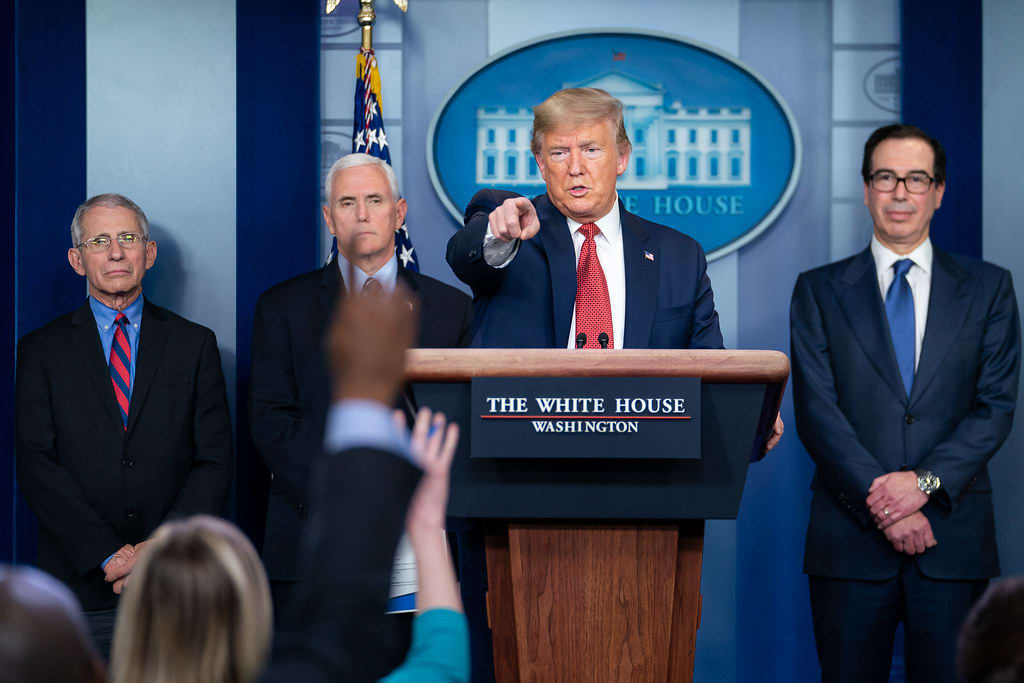 Why is Trump pushing an unproven drug? To line his pockets.

How do you feel about Trump profiting off a pandemic?

Donald Trump has continuously pushed Americans to use an anti-malaria drug to combat COVID-19. Yet, this drug has not been proven to effectively fight the virus.

The top manufacturer of hydroxychloroquine is Novartis. Back in early 2017, soon after the inauguration, Novartis agreed to pay Michael Cohen, Trump’s former attorney-slash-fixer, $100,000 per month for lobbying access to the new president. The cash payouts were sent to Cohen’s shell company, Essential Consultants, which was also a reputed slush fund for Trump. You might recall that the president used Essential Consultants as an intermediary for alleged hush-money payments to adult film star Stormy Daniels. Indeed, some of those checks were signed by Trump while in the White House.

Novaritis executives have admitted to lobbying Trump with cash payments. The company has paid Trump more than a million dollars. Novaritis is the primary producer of this "miracle drug" that Trump keep touting - hydroxychloroquine.

Trump is treating this drug like he’s the national spokesman, paid on commission, yet to date there is no peer-reviewed evidence that hydroxychloroquine actually works against COVID-19. In fact, it could have serious side effects — contradicting Trump’s whispery, “What do you have to lose?” pitch. Of course it’s possible that Dr. Trump’s snake oil might work for some patients. We simply don’t know. But there’s a lot to lose for those who might experience a series of horrendous side effects — taking the wrong medication for the wrong illness has a tendency to do that. Knowing all this, it’s ludicrous that the U.S. government under Trump has already invested in 29 million pills, absent any clear information that they’re useful against the current plague.

Once again, Trump is profiting of the American people and now, it's during a pandemic.