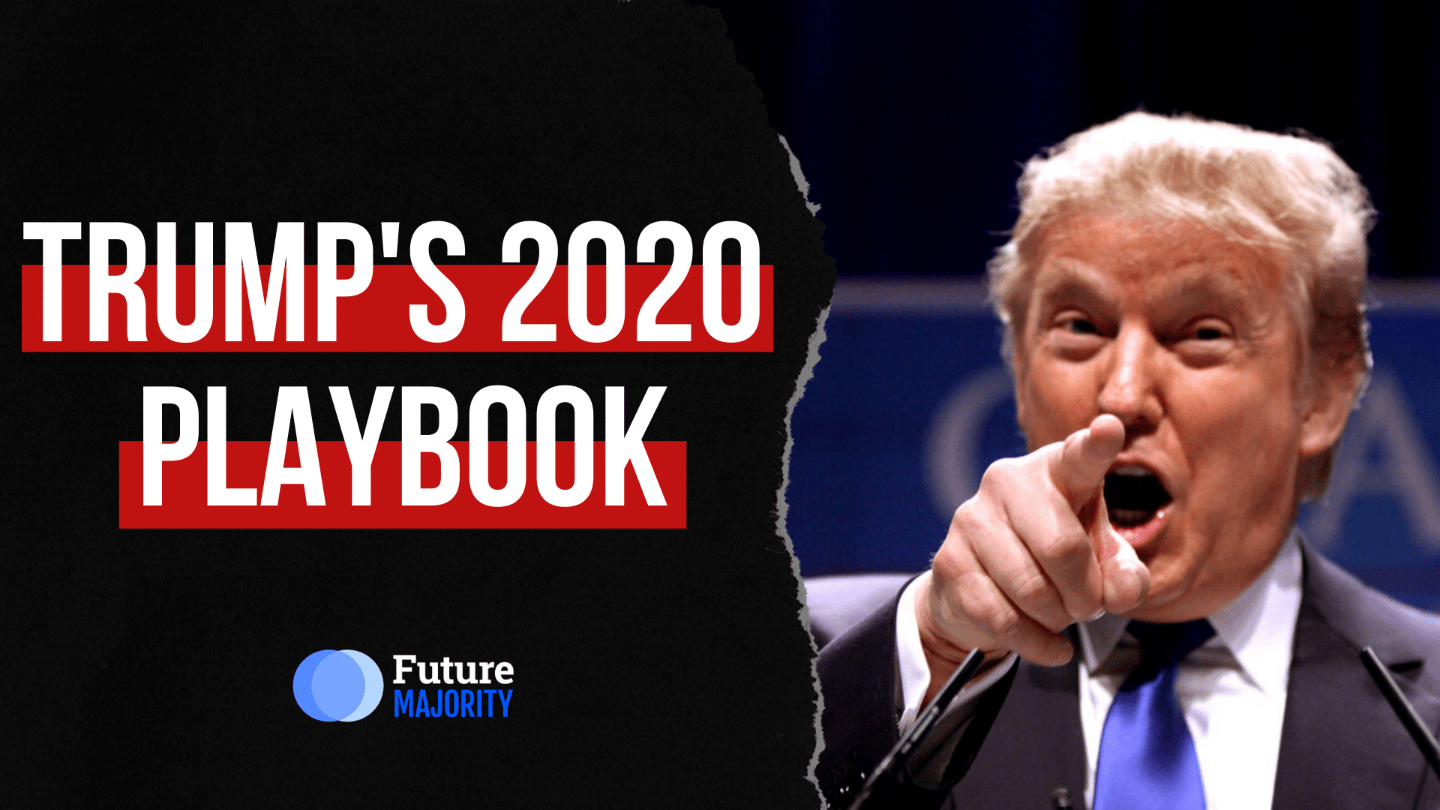 It’s the middle of April and we have a clear idea of what Trump’s 2020 playbook will be. Why? Because we’ve seen it before. It’s the exact playbook Republicans used to usher in their major gains in the 2010 midterm elections.

The Trump campaign is gearing up to use the Tea Party playbook. It's a five-step plan that looks like this:

In a new memo, the Future Majority team is taking a look at Trump's efforts to bring the playbook into 2020. Read the full memo below: