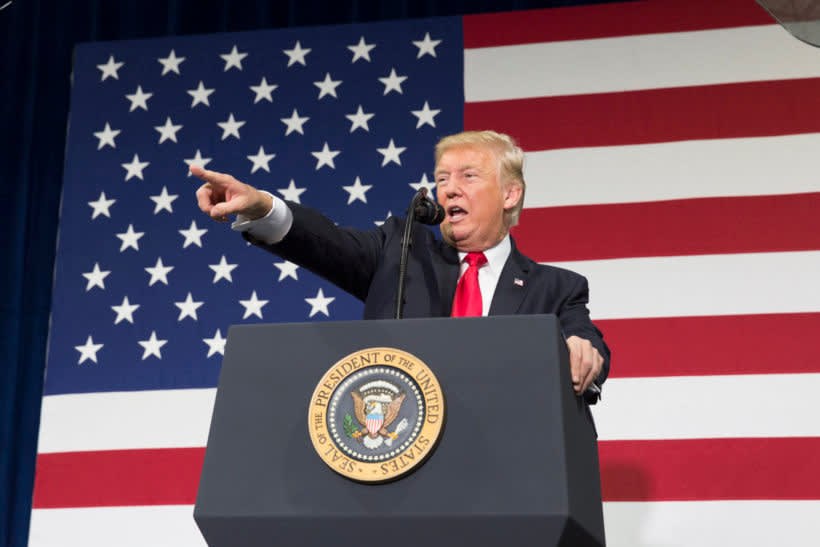 Trump himself owes China millions and his loan is due soon

Politico Reports: Trump owes tens of millions to the Bank of China — and the loan is due soon

While Donald Trump is busy telling the US that if Joe Biden is elected as president "China will own the United States," he owes the Bank of China tens of millions of dollars.

But Trump himself is tens of millions of dollars in debt to China: In 2012, his real estate partner refinanced one of Trump’s most prized New York buildings for almost $1 billion. The debt includes $211 million from the state-owned Bank of China — its first loan of this kind in the U.S. — which matures in the middle of what could be Trump’s second term, financial records show.

Trump's arrangement with China has a due date in 2022. This makes his attacks again VP Joe Biden a bit complicated. He has consistently claims that the former VP would not be able to handle China's government.

Aside from the historic precedent of a developer-turned president paying back millions to a bank controlled by a foreign government, the 2012 Bank of China deal also stands out because Trump and his campaign have repeatedly highlighted the same bank's role in a $1.5 billion deal announced in 2013 by partners of Joe Biden’s son, Hunter Biden. Critics of the Bidens have seized on the fact that the agreement materialized just days after Hunter Biden traveled to China with the then-vice president, who was there on official business.

Once again, Donald Trump is hiding his corruption under a sheet of lies. When will it end?