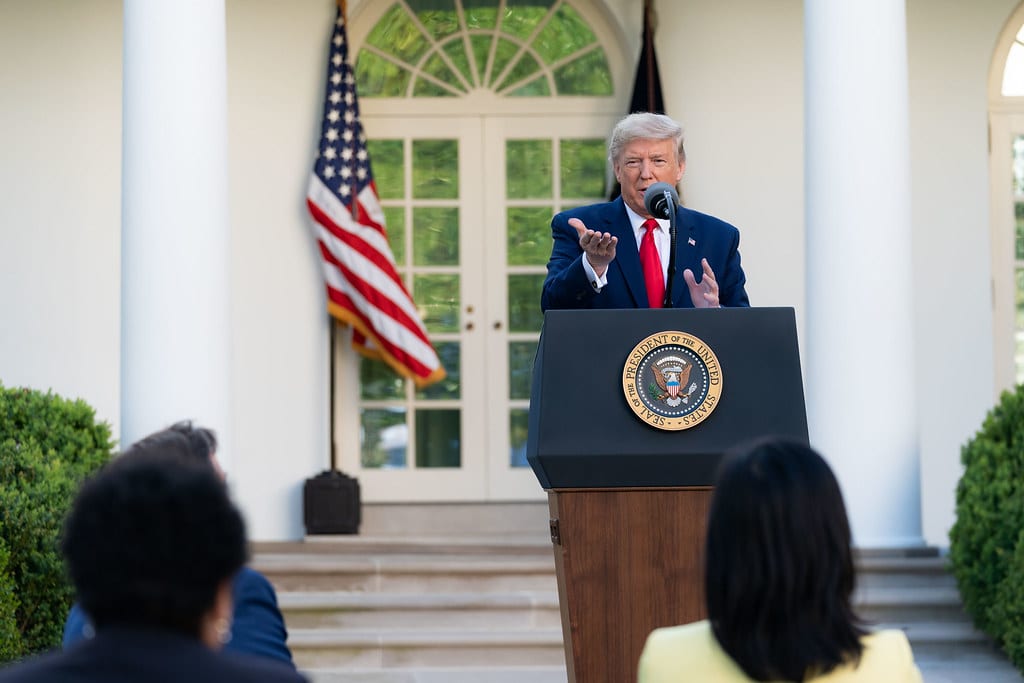 Will you help stop corruption and share this article on social media?

Currently there is no proven medication or vaccine for COVID-19, but that hasn't stopped Trump.

"The president had been touting hydroxychloroquine for weeks, sparking worldwide shortages of the drug and prompting negotiations with Indian Prime Minister Narendra Modi to lift export restrictions on its active ingredients," Bean reports. "But on March 24, the federal government's top interagency working group of clinicians and scientists privately threw cold water on his claims, according to a federal official with knowledge of the working group's deliberations."

Many medical expert from inside the US Department of Health and Human Services "recommended that chloroquine-based COVID-19 treatments should be studied only in controlled, hospital-based clinical trials, as their safety and efficacy was 'not supported by data from reliable clinical trials or from non-human primates' and carried 'potential risks.' The medicines — which are used to treat malaria as well as autoimmune conditions such as lupus — can have serious side effects, including heart arrhythmias."

But White House official have continue to push ahead with a behind the scenes pressure campaign on the government to deliver chloroquine drugs.

The night of April 4, Brett Giroir (assistant health secretary for HHS) sent an e-mail with the subject "hydroxychloroquine" to FEMA administrator Pete Gaynor and Robert Kadlec (an HHS assistant secretary for preparedness and response) as well as U.S. Navy Rear Admiral John Polowczyk — and the e-mail read, "WH call. Really want to flood NY and NJ with treatment courses. Hospitals have it. Sick out patients don't. And can't get. So go through distribution channels as we discussed. If we have 29 million, perhaps send a few million ASAP? WH wants follow up in AM. We can get a lot more of this. Right, Bob? Millions per week?"

This emails shows that Trumps top health officials are working to push unproven chloroquine treatments widely available, even those the FDA has limited distribution.﻿