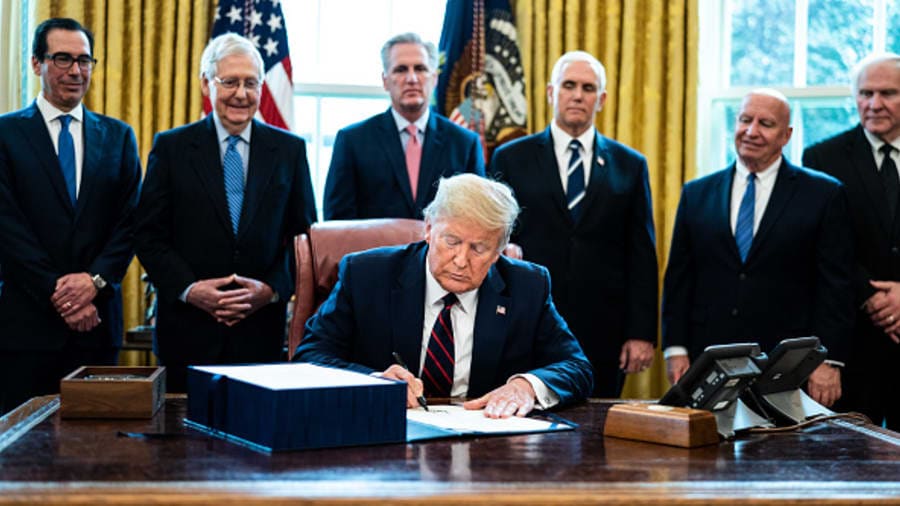 Let us know what you think the comments.

In an effort to relieve the economic burden of the coronavirus pandemic on Americans, the CARES Act was put in effect. However, the nation's greediest wanted a piece of the pie:

"Some of the world’s largest investment firms combined to spend at least $3 million lobbying members of the Trump administration and lawmakers on a bill that was meant to give relief to those that have taken a financial hit due to the coronavirus.

Blackstone, the Carlyle Group and SoftBank took aim at the $2 trillion stimulus package that was signed by President Donald Trump in late March as the global pandemic was shaking the stock market and forcing millions of people out of work. These companies and their lobbyists engaged with Treasury officials and leaders in the House and Senate, records show. "

After the Trump Administration said that hedge funds won't get any relief dollars, their lobbying efforts continued. Turns out, one of the firms is a Trump donor.

“Blackstone did not engage in any lobbying for the CARES Act loan programs, and was generally monitoring and analyzing the legislation,” he said, and did not return follow-up questions on what beyond the monitoring of the legislation the firm was hoping to see from those it hired.

Blackstone turned to Jeff Miller, a lobbyist who bundled more than $2 million in the first quarter of 2020 for Trump’s campaign and the Republican National Committee. Their administrative services arm, ​Blackstone Administrative Services Partnership, spent $90,000 on Miller’s firm’s services, which mainly targeted the bill."

The corruption here is obvious, however, they were caught in their tracks. #CorruptTrump