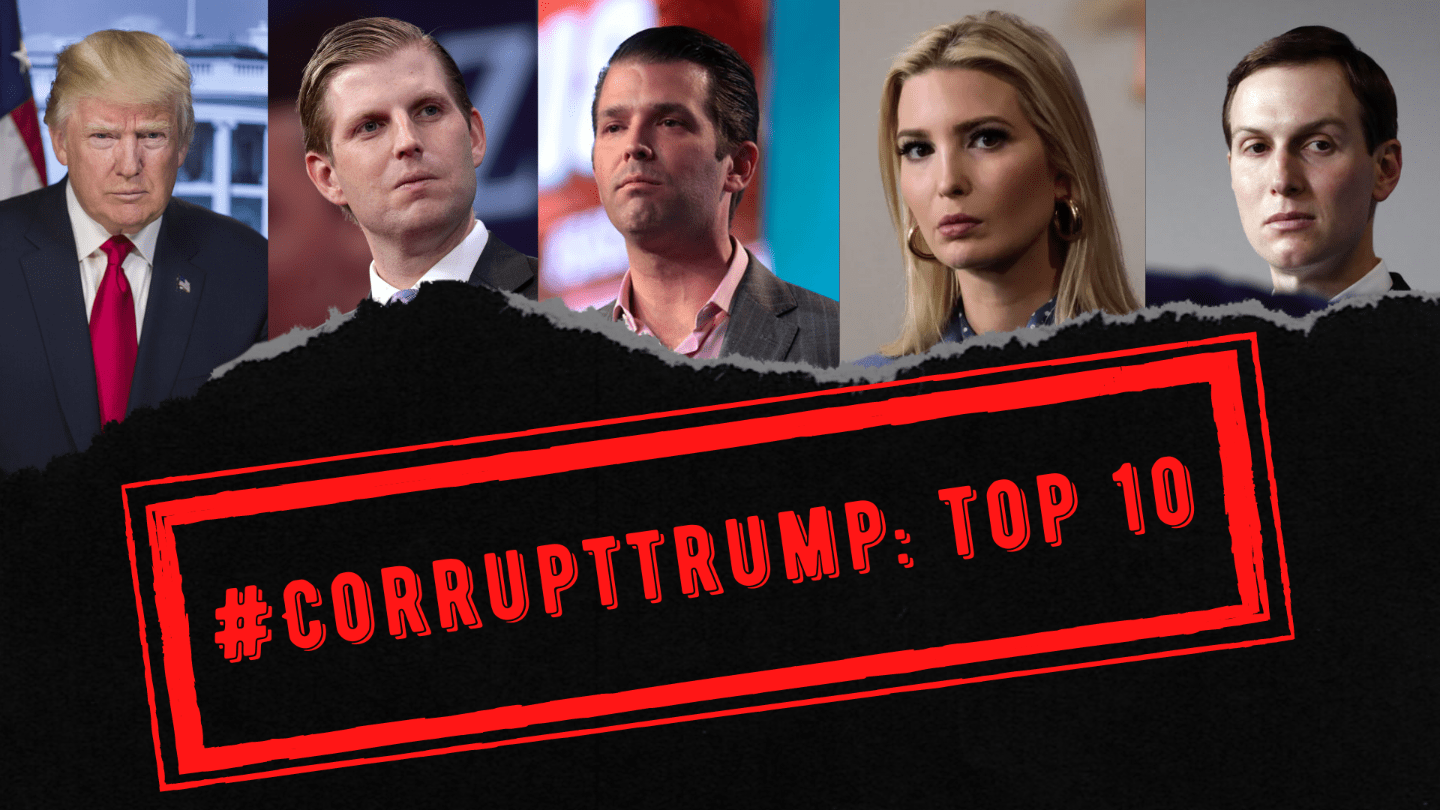 Help stop the corruption and share this article on social media!

The corruption in the White House does not stop at Donald Trump himself, but extends to his entire family. Trump has failed to "drain the swamp" and has only made it worse. Trump and his family are using the White House and Americans' tax dollars to line their own pockets. Enough is enough.

While the Trump family's corruption knows no bounds, we have identified the top 10 times Trump and his family violated Americans' trust.

Future Majority has launched a new website to outline Trump family corruption. Check it out here.