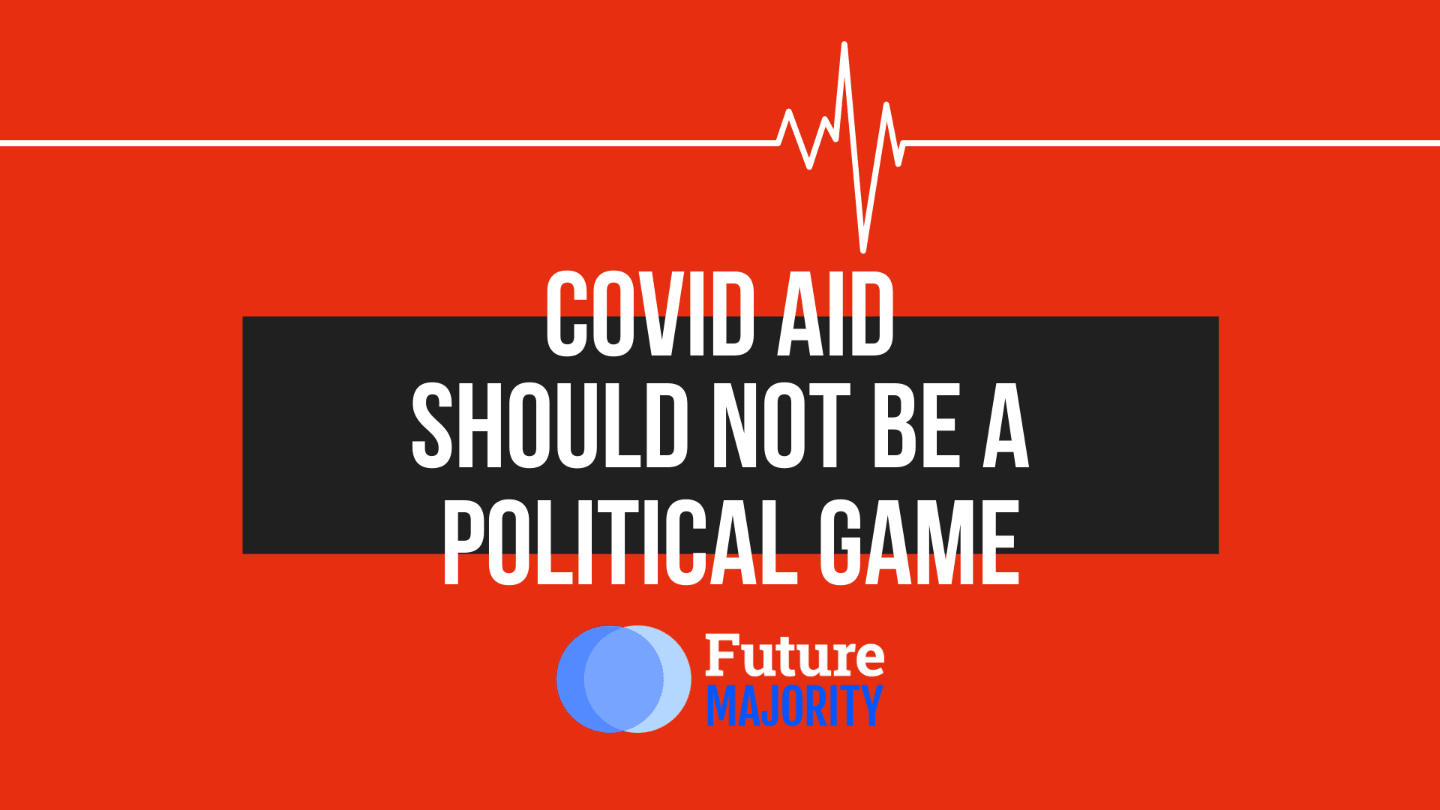 Let us know how the COVID aid has impacted your state!

Trump has turned aid for state's struggling with COVID-19 into a political game. He's said that helping states would be unfair to Republicans and also suggested that states should implement "sanctuary city adjustments" to receive aid.

As a result, Democratic-led blue states continue to suffer during the pandemic. Meanwhile, it is these states that have put more money into the federal government than many of the smaller red states Trump touts as "well-run."

In a new memo, the Future Majority team has analyzed where federal dollars are going during the crisis and set the record straight on Trump's political games.

Read the full memo below: