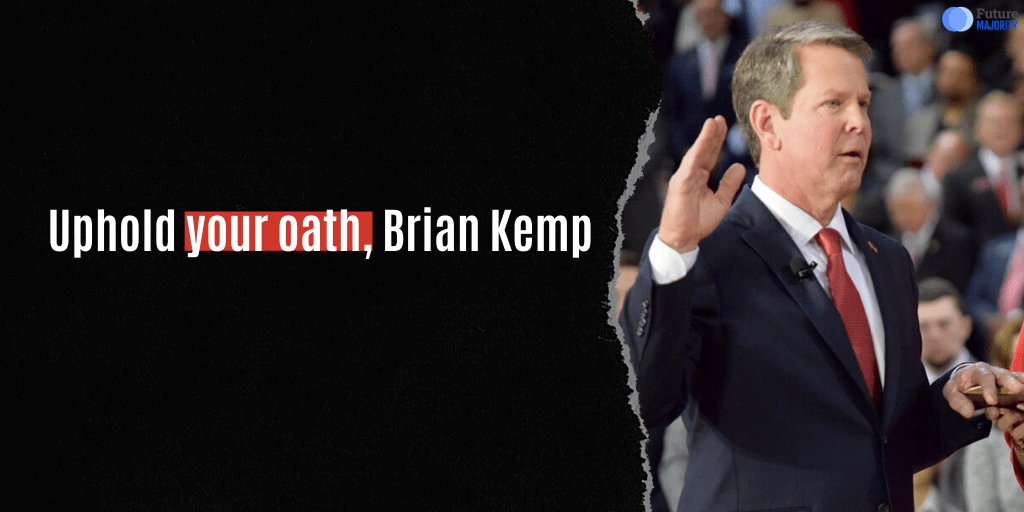 Cheating to win: Brian Kemp is mastering the playbook

Georgia Governor Brian Kemp is no stranger to wielding his power to help him and his allies win elections.

He did it in 2018, when he leveraged his position as Secretary of State to oversee the gubernatorial election he ran in, and turned the other way as counties in Georgia unlawfully rejected absentee ballots of minority voters. In addition, he purged the voter rolls and put voter registration for 53,000 Georgians on hold — 70% of which were for black voters.

And he’s back at it again this year, cancelling an upcoming election for the state Supreme Court, after a Republican Justice is set to retire at the end of the year. Instead of a duly-held election that puts the decision in the hands of voters in the state, Kemp will hand-select Justice Keith Blackwell’s successor, ensuring that the seat remains in Republican control for at least two years.

Anyone might think that this has something to do with the COVID-19 pandemic and voter safety. But Kemp and the Georgia GOP have been planning this since February, using a technicality in the state’s constitution to do away with the election. Rather than play fair, Kemp cheats to win.

When it comes to elections as important as the state’s highest court — or any election for that matter — voters deserve to be heard. It’s time that politicians stop interfering and put elections back where they are intended: with the people.

Share this message with your social network that it is time Brian Kemp plays fair.