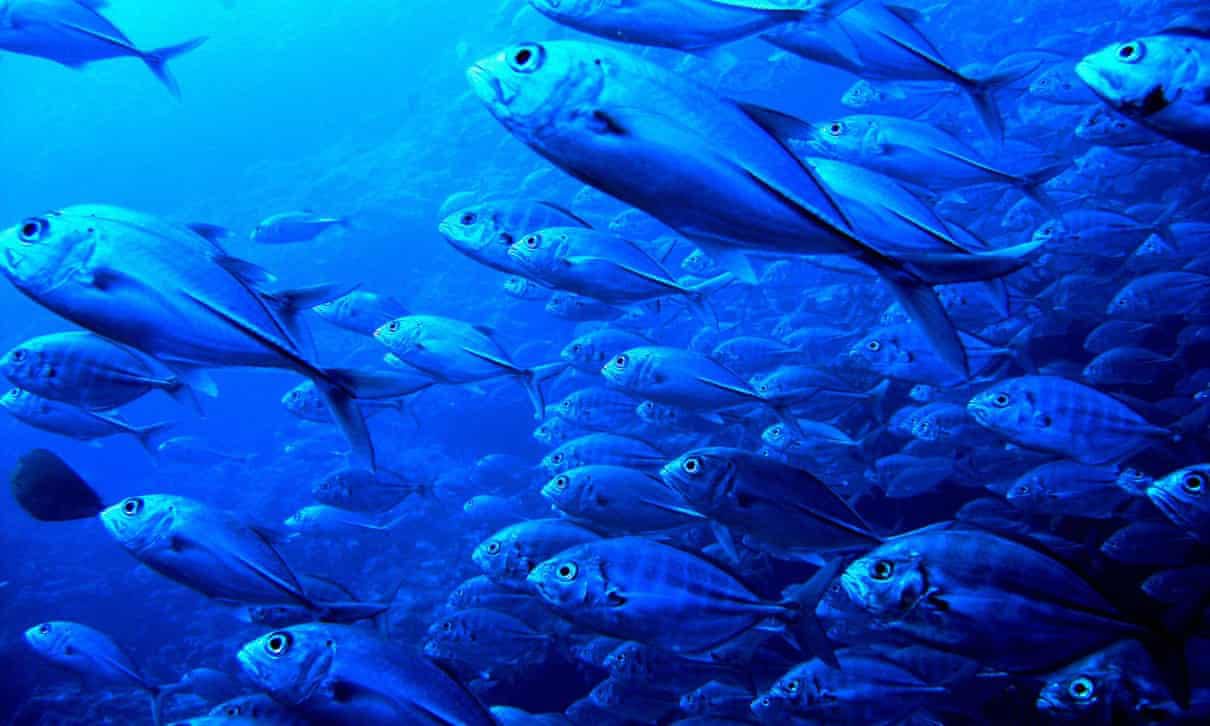 The Guardian: Climate change in deep oceans could be seven times faster by middle of century, report says

How does this make you feel?

The Guardian: Climate change in deep oceans could be seven times faster by middle of century, report says

New researches have led scientists to believe that climate change could be up to seven times faster by 2050 -- even if emissions of greenhouse gases are cut dramatically.

"Different global heating at different depths could have major impacts on ocean wildlife, causing disconnects as species that rely on each other for survival are forced to move."

In the new research, scientists looked at a measure called climate velocity – the speed at which species would need to move to stay within their preferred temperature range as different ocean layers warm."

If this isn't scary enough, brace yourself:

"He said because the planet’s oceans were so large and stored so much heat, “warming already absorbed at the ocean surface will mix into deeper waters.”

“This means that marine life in the deep ocean will face escalating threats from ocean warming until the end of the century, no matter what we do now.”

Simply said, aggressively warming waters absorbing into deep waters are very, very harmful for species that are adapted for their temperature environment.

We're at a crossroads of irreversible Climate Change -- where some damage is permanent and some where we still have a bit of time to reverse course.