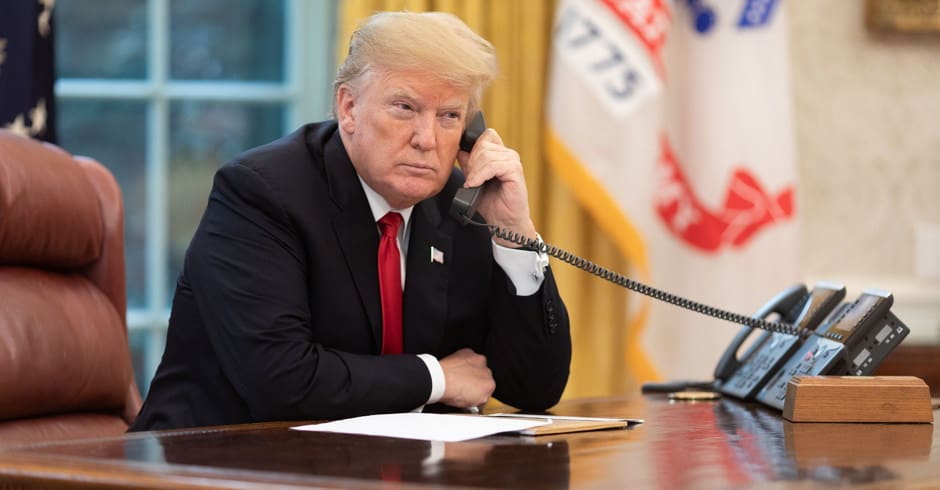 CNN: Trump is set to announce an executive order against social media companies

How does this make you feel?

CNN: Trump is set to announce an executive order against social media companies

After Twitter fact-checked two of Donald Trump's tweets, he's now moving to take action against them:

The draft executive order being prepared by the Trump administration tests the boundaries of the White House's authority. In a long-shot legal bid, it seeks to curtail the power of large social media platforms by reinterpreting a critical 1996 law that shields websites and tech companies from lawsuits.

It marks a dramatic escalation by Trump in his war with tech companies as they struggle with the growing problem of misinformation on social media. The President has regularly accused sites of censoring conservative speech.

Republicans are calling it election interference, but from miles away we can see Trump doesn't like truth.

"We always knew that Silicon Valley would pull out all the stops to obstruct and interfere with President Trump getting his message through to voters," Parscale said in a statement. "Partnering with the biased fake news media 'fact checkers' is only a smoke screen Twitter is using to try to lend their obvious political tactics some false credibility."

"It is one of President Trump's super powers," Miller said. "He understood very early on that social media, Twitter in particular, gave him unvarnished access to the American people and his supporters. What Trump maximized was social media's ability to bypass the artificial conversation created by the mainstream media."