Your Daily Roundup for June 2nd

On the seventh straight day of protests in America, Trump appeared to only incite more violence by threatening the use of U.S. military force against American citizens. Military police sprayed tear gas and rubber bullets into a crowd of peaceful protestors gathered outside of the White House so President Trump could walk across the street for a photo op in front of a church. He was not joined by a single person of color.

Violence between police and protestors, as well as chaos caused by mostly young and some organized looters intensified on Monday. In cities around the county, violence and looting drowned out the mostly peaceful rallies against police brutality and racism. At least five individuals have died in the wake of the protests and several police officers were injured by gun violence and vehicle attacks. Countless protestors have been injured.

New York officials are worried about a second wave of COVID-19 in light of the protests:

New York Governor Andrew Cuomo warned that the protests could ignite a second wave of the virus and potentially jeopardize the June 8th phased reopening of New York City. He urged protestors to “protest, just be smart about it.”

Elsewhere around the country, states continued to lift stay-at-home orders. Governor Gretchen Whitmer (D-MI) lifted the stay-at-home order for the state and would allow groups of 100 people or less to gather, and restaurants to reopen with social distancing measures.

In Minnesota, hospitalizations due to the virus ticked up and cases remained high.

Most Americans believe that police treat whites better than blacks:

A new poll from CBS/YouGov asked Americans how they believe race plays into police treatment, and a majority agree that whites are treated better than blacks: 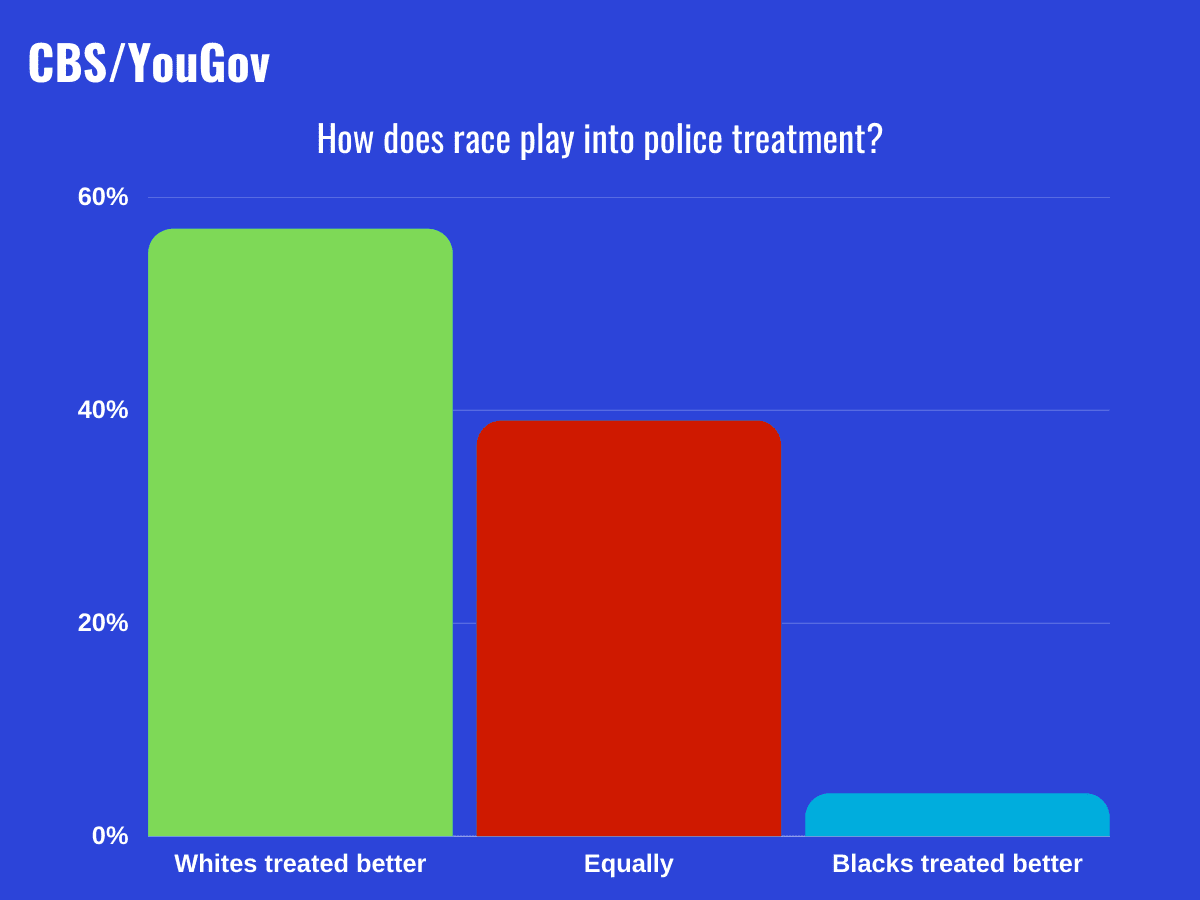 Almost half of Americans disapprove of Trump’s response to the killing of George Floyd and the subsequent protests in Minneapolis: 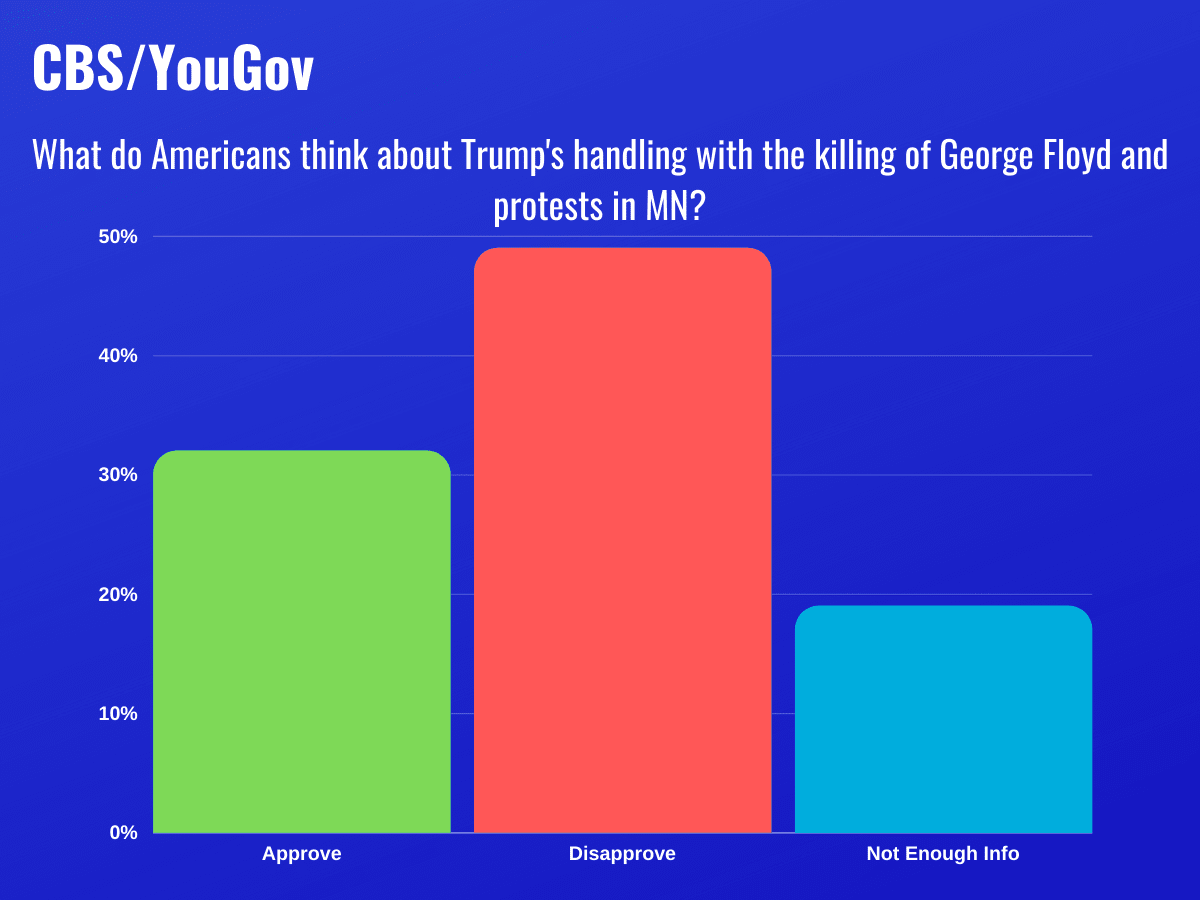