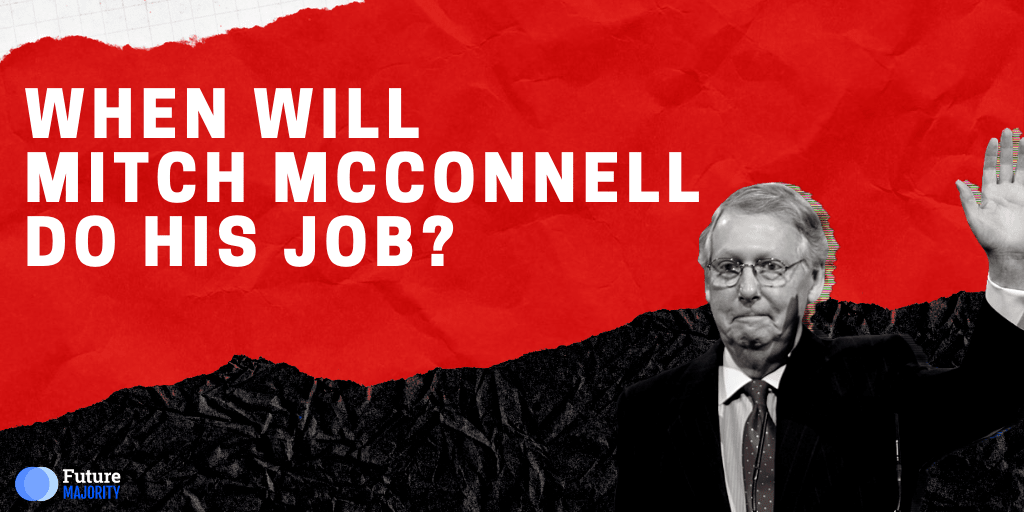 What is McConnell Doing to Help Protestors and COVID-19? Pushing Through Conservative Judges

Share this article to hold McConnell accountable for his inaction!

While people across the US protest in the streets over the death of George Floyd and families struggle as a result of COVID-19, Mitch McConnell is nowhere to be found. He's too busy confirming Donald Trump's far-right judicial nominees.

On Monday, the Senate voted on the nomination of John Badalamenti to be a U.S. district judge in Florida. Badalamenti, like many of Trump's judicial nominees, is a member of the far-right Federalist Society.

By a 55-22 vote, Badalamenti became the 197th Trump judicial nominee confirmed to a lifetime appointment on the federal court, according to Vanita Gupta, president and CEO of the Leadership Conference on Civil and Human Rights.

The death tolls from COVID-19 has reached over 100,000, but Mitch McConnell is spending his time encouraging older judges to retire instead of focusing on police reform.

In early May, McConnell said he felt no "urgency" to act on additional pandemic relief legislation, even as the number of unemployment claims was dramatically increasing. More than 40 million Americans have filed jobless claims, and unemployment has reached levels the country has not seen since the Great Depression.

When will Mitch McConnell do his job and work for Americans instead of his own political agenda?