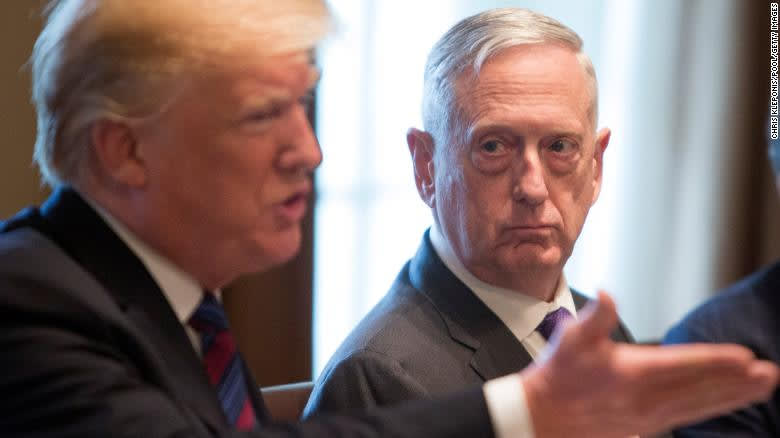 ICYMI, Donald Trump plans to unleash the military on protestors to achieve "Law and Order."

Yesterday, a group of military leaders including Defense Secretary James "Mad-Dog" Mattis broke with Trump on his uninterest in unifying Americans:

"Donald Trump is the first president in my lifetime who does not try to unite the American people -- does not even pretend to try," said Mattis, who has kept silent since resigning in 2018.

And of course, Trump doesn't like truth, so he chooses to trashtalk those in his way:

Trump's initial reaction was to discredit Mattis, who served in combat roles in two Iraq wars and in Afghanistan but who the President described on Twitter as "the world's most overrated General."

But, he notes, "His primary strength was not military, but rather personal public relations. I gave him a new life, things to do, and battles to win, but he seldom 'brought home the bacon'. I didn't like his 'leadership' style or much else about him, and many others agree. Glad he is gone!"