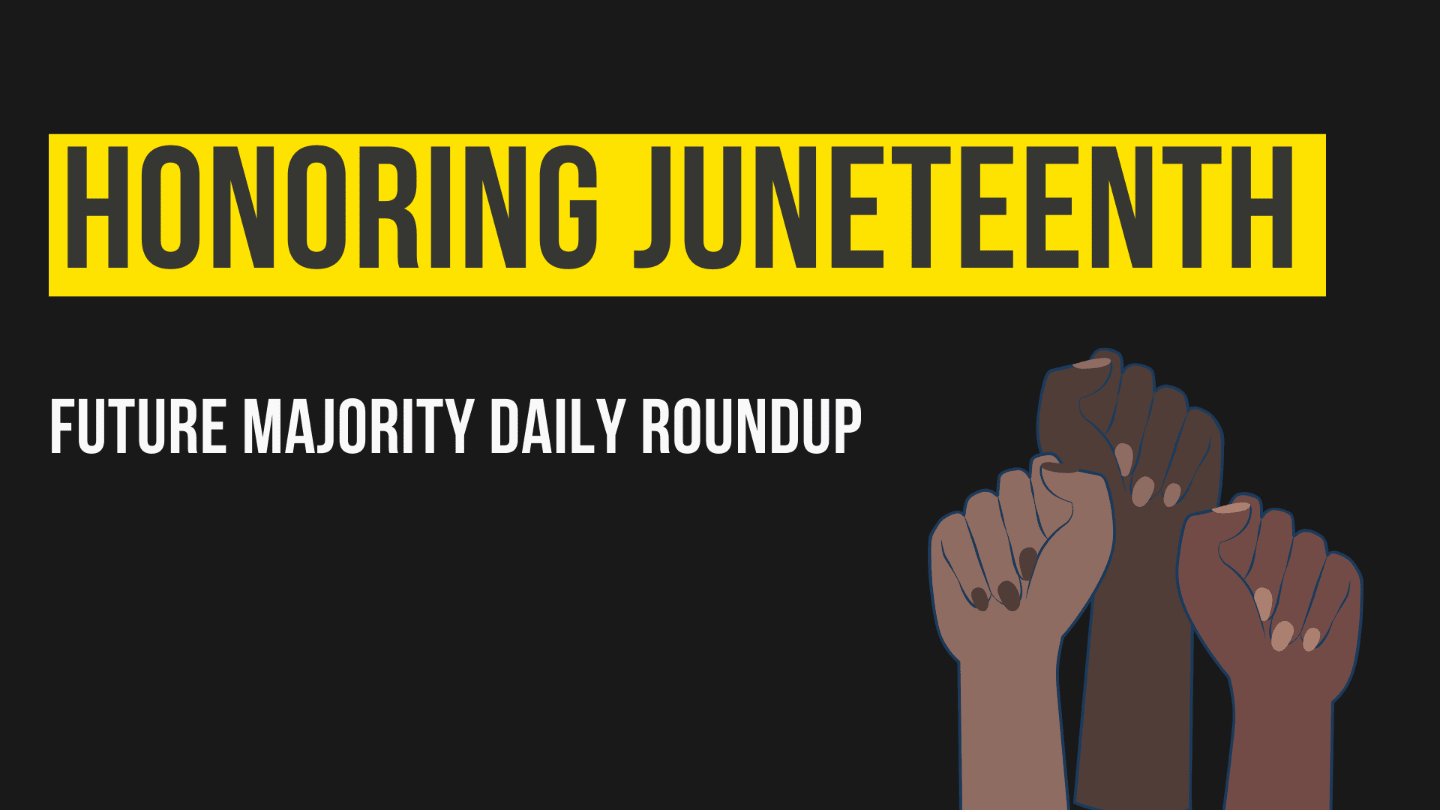 Your Daily Roundup for June 19th

On this day 155 years ago, all African Americans held as slaves were finally set free. It was a momentous day in our nation’s history, but there is still much work left to be done.

Future Majority stands with the African American community on this day, and every day, as we work toward a more equitable, free, and fair future.

On a day to commemorate, we honor the national protests that are edging America to a more just future:

For 25 straight days, hundreds of thousands of Americans of all backgrounds have taken to the streets to demand racial equality and an end to police brutality that disproportionately impacts Black Americans. The protests have marked the largest civil uprising in our country’s history.

How can we start to bend the arc toward justice? The Justice in Policing Act is a comprehensive place to start to reform police. We thank the lawmakers fighting for this bill in Washington and encourage you to read more about it here.

Now more than ever, it is important to affirm: Black Lives Matter. And the vast majority of Americans agree.

And public support for key aspects of police reform is rising. A Kaiser Family Foundation poll finds that 95% of Americans support requiring police to intervene and stop excessive force by other officers. 76% support releasing disciplinary records of law enforcement to the public. 68% support banning the use of chokeholds and strangleholds.

Systemic racism goes well beyond mistreatment among law enforcement, but the protests are having a meaningful impact on shifting public opinion on these critical issues.