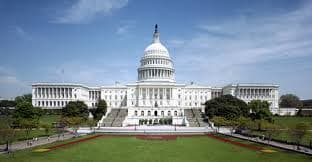 The House Democrats have gone forward to distinguish themselves from Republicans by passing legislation on Monday. The bill would ensure that Americans cannot pay more than 8.5% of their income for health insurance and also allows the government to negotiate prices with prescription drug producers.

The House passed the bill, voting almost entirely along party lines, 234 to 179, just hours after the Trump administration announced it had secured 500,000 treatment courses of a newly approved drug to treat Covid-19, remdesivir, but at a price. The drug’s maker, Gilead Sciences, will charge at least $2,340 per course, after weeks of donating the drug to hospitals with severely ill patients.

The high cost of the COVID-19 treatment once again brings to light the House bill will likely die in the Senate.

The bill would also expand the Affordable Care Act.

“Sadly, as we unveiled our lifesaving legislation last week, President Trump went to court to double down on his lawsuit to tear down the A.C.A.,” Speaker Nancy Pelosi said on the House floor before the vote. “At a time when families need health care more than ever, the president is trying to strip protections from about 130 million Americans with pre-existing conditions and take coverage away from 23 million Americans.”