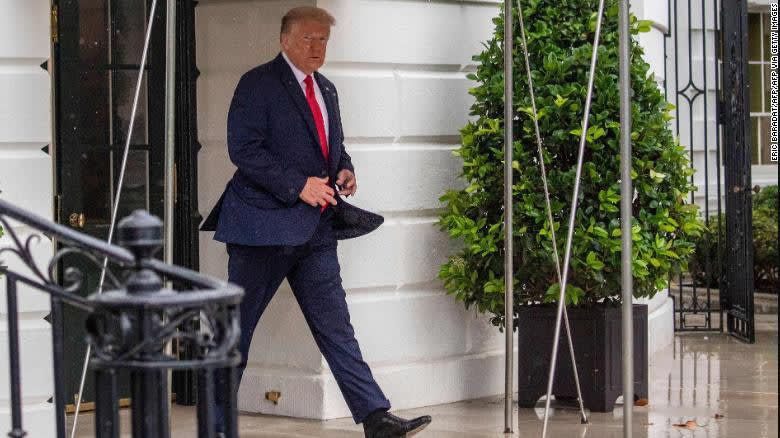 CNN: Trump's anti-mask crusade is coming back to bite him

CNN: Trump's anti-mask crusade is coming back to bite him

President Trump refuses to wear a face-mask in public, ultimately contributing to the rise in COVID-19 across the nation:

President Donald Trump's refusal to set an example by wearing a face covering, despite growing evidence that it may be one of the most effective ways to slow America's increasingly disastrous coronavirus pandemic, was always a political statement.

Donald Trump's political fight against masks have led to Republican Governors breaking with President Trump and encouraging or mandating the use of masks within their states:

Yet Trump's position has left him increasingly isolated even from the Republican leaders who have facilitated his unchained presidency, as public health officials and local and state leaders of all political stripes plead with Americans to cover up in public so the country can heal itself.

Donald Trump and GOP are instrumental in aggressive state reopening, the fight against mask wearing and now they're paying the price. President Trump consider hisself as the "lone-warrior" as he is becoming the force that currently has Americans on track to 100,000 new cases a day and 200,000 total COVID-19 related deaths.