CNN: These charts show how economic progress has stalled for Black Americans since the Civil Rights era

CNN Reports: These charts show how economic progress has stalled for Black Americans since the Civil Rights era

Wealth in the black community is less than one-tenth the wealth of the average white family -- and it's been that way since the civil rights era: 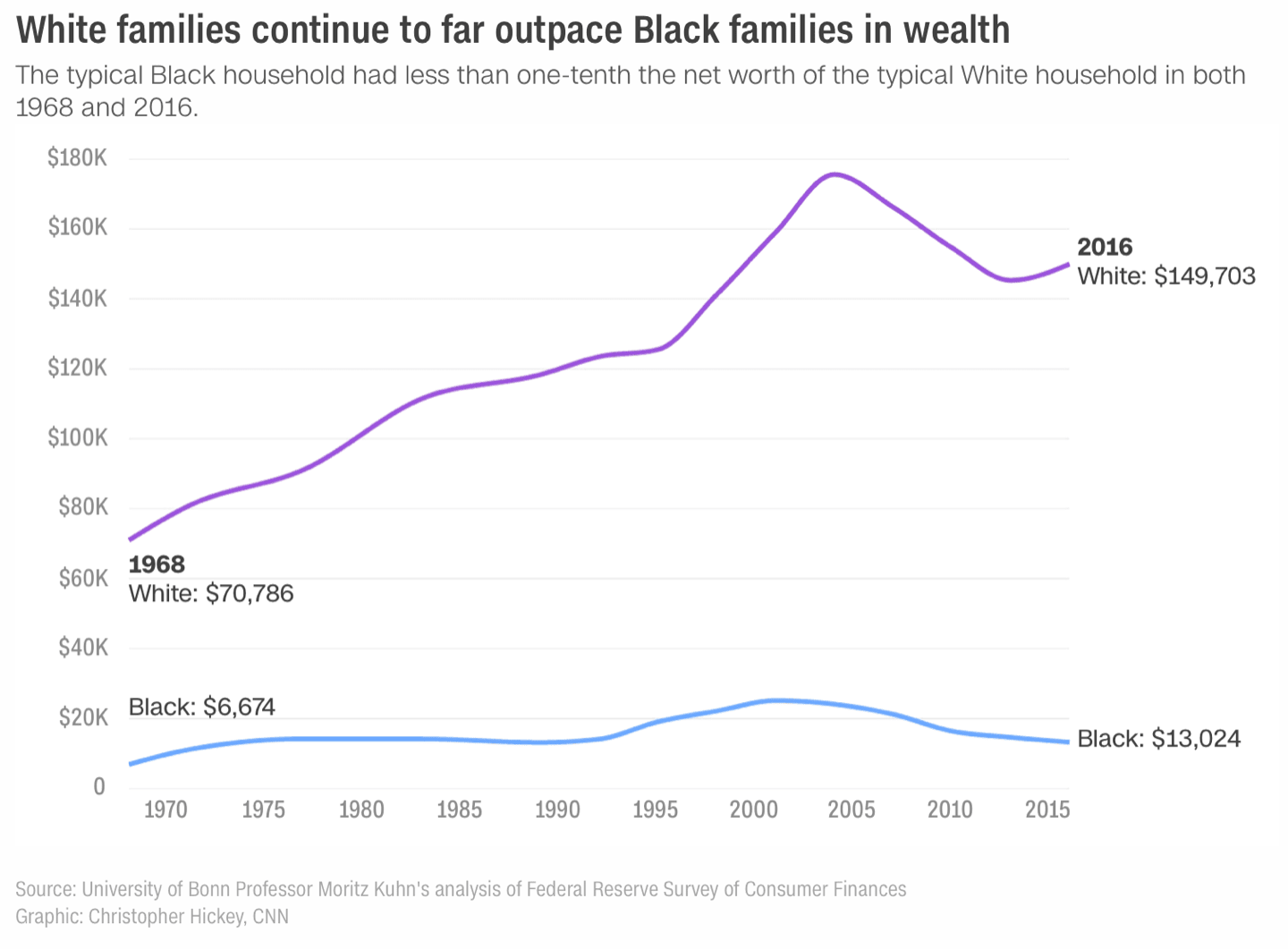 In addition to that, Black families have lower homeownership rates that have decreased over the course of a few years ago:

"The mortgage crisis that triggered that economic collapse reversed those gains. Home ownership rates among Blacks plummeted from nearly 50% in 2004 to the low 40%-range in recent years -- a level not seen since the 1960s, according to the Urban Institute. Congress enacted the Fair Housing Act in 1968 with the goal of prohibiting racial discrimination.

"They were slammed a lot harder than White families by the house price collapse," Wolff said of Black homeowners. "Lower incomes plus a credit crunch meant that they were left out of the housing market even after 2010."

With black poverty rates dropping and the gap closing between black and white employment rates, the income gap is overwhelmingly wide: 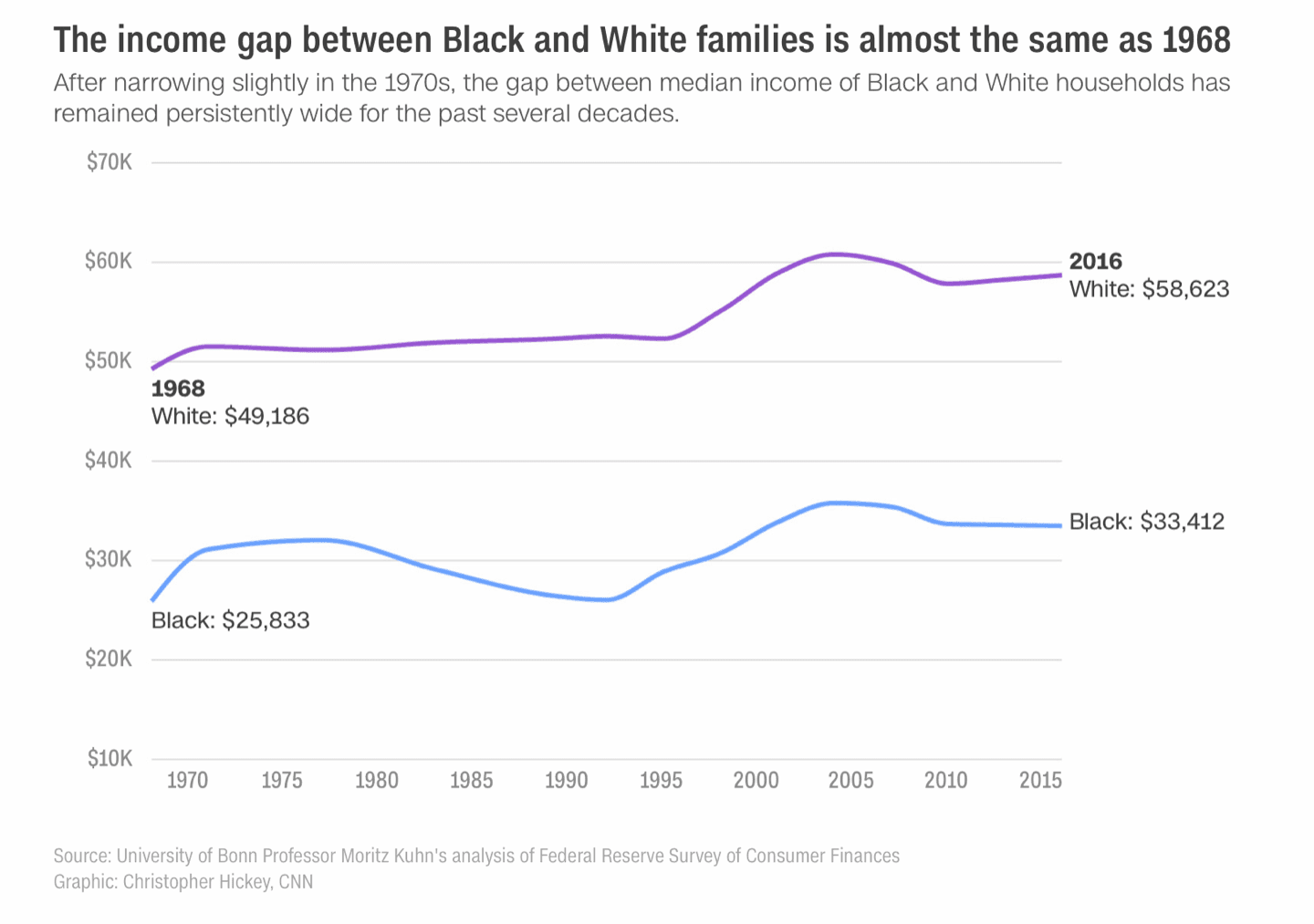